Pyramids are still mystery but if you look closely , you will see real origin far more than what Egyptian archeology tell you ~5000 years. In fact Archaeologist and Historians are kind of stuck at 5000 years when according to them civilization began,and wants to connect everything after that. 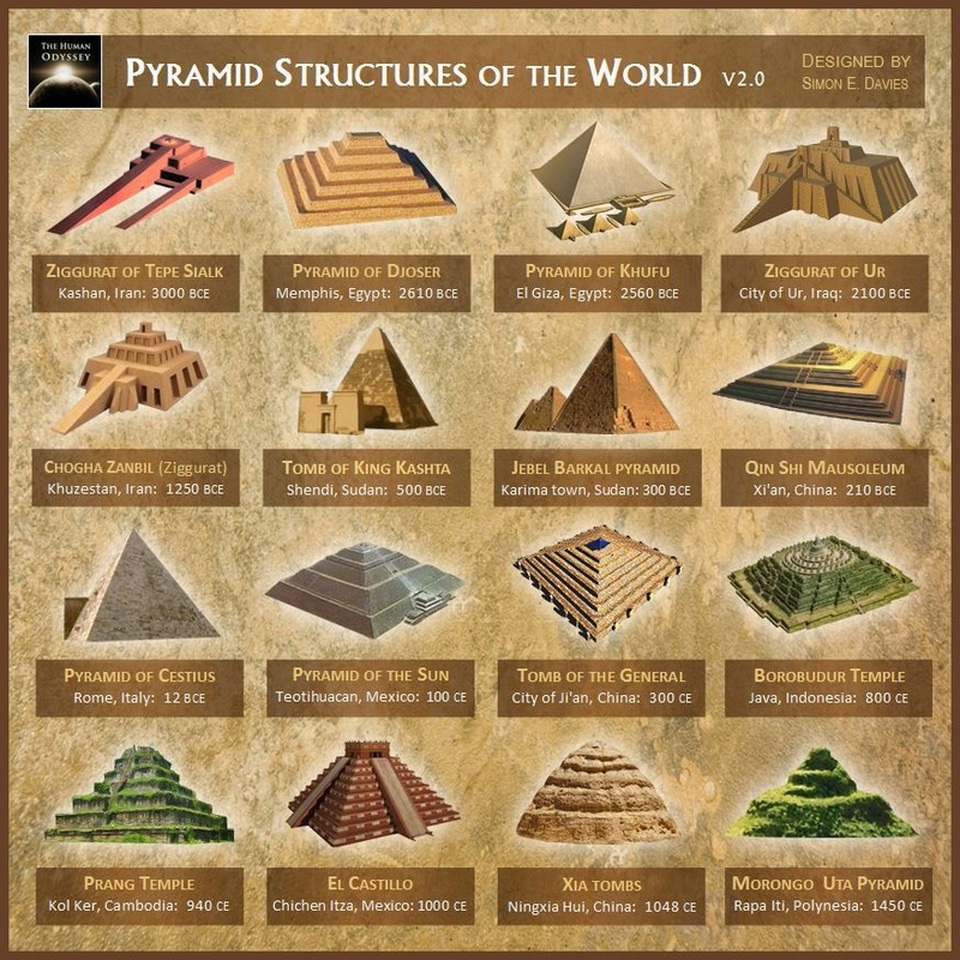 Although many people still thing that Pyramids are only in Egypt, but they are far away from truth.The Ancient Egyptians, Ancient Chinese, Ancient Indians,Pre-Inca, Inca, Aztecs, Maya and countless other ancient cultures erected Pyramids that still exist today. Written in Greek, and in capital letters, I know that there are now three existing translations in English and one in Latin of this text: one from a copy made by Henry Salt (1780-1827) British Consul General in Cairo in 1815 and a great collector of Egyptian antiquities that had paid Caviglia in 1817 to explore the Sphinx, whose transcription was published in the "Quarterly Review " vol. 19) in 1818, translated by Dr. Yong (who even strove to restore some permanently erased words) in English and Latin ...and another from the great Egyptian archaeologist Selim Hassan* (1893-1961), the first Egyptian to occupy a chair of Egyptology ...and finally, one from the Reverend Coleridge of Eton, published in: "Operations conducted at the Pyramid of Giza" by Colonel Vyse in 1842. I will give here my own translation of the inscription; I tried to be as faithful as possible to the grammar of ancient Greek and not to invent the missing words: