Ship building technology of Ancient India- Western lied about it 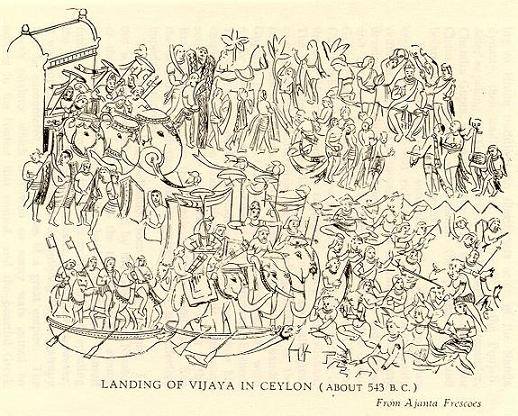 Diplomatic agents - ambassadors
Bhisma mentions seven qualifications as essential in an ambassador: he should come from a noble line, belong to a high family, be skilful, eloquent of speech, true in delivering the mission, and of excellent memory.

Espionage in War
Spies filled an important role in both the civil and military affairs of ancient India. The institution of spies had a greater utility, as the king could take action on the report of the spies. Spies were engaged to look after the home officials, including those of the royal household as well as to report on the doings in the enemy kingdoms. The Rig Veda Samhita, often speaks of spies (spasah) of Varuna.
Only men of wisdom and purity were sent on this errand, thus suggesting that they should be persons above corruption and temptation of any sort. In the epics and post-epic literature in general, spies have been described as the 'eyes of the king'. In the Udyoga-parva (33, 34) of Mahabharata, it is stated that "cows see by smell, priests by knowledge, kings by spies, and others through eyes."
Spies roamed about in foreign states under various disguises to collect reliable information. In the Ramayana, a king mentions the wise adage that "the enemy, whose secrets have been known through espionage, can be conquered without much effort." The Arthashastra, which predates Christ by centuries, dwells at length on the importance of espionage and the creation of an effective spy network.
Such details may indicate the high development of the science of diplomacy in ancient India. It was the famous Indian strategist of the fourth-century B.C, Kautilya in the Arthasastra, who gave the world the dictum:
"The enemy of my enemy is my friend."
"The same style of Indian thought" says Heinrich Zimmer in his book, Philosophies of India, p. 139, admiringly of Kautilya, "that invented the game of chess grasped with profound insight the rules of this larger game of power."
Attitude to war
The Sangam age of the Tamils was the heroic age of the Tamil Indians. If the men of the Tamil land were heroes, then their women were heroines. A certain mother was asked where her son was, and she replied, that she was sure that the tiger that had lain in her womb would be found in the field of battle. War was the pabulum on which our ancient warriors were great in name and fame.
A certain lady who gave birth to only one son and who sent him to the field of battle when there was the country's call for it. Okkurmasattiyar, a poetess, praises a certain lady dresses the hair of her only son and gives him the armor to get ready for action in the field of battle. This may be contrasted with another where a heroic mother heard the disquieting news that her son lost his courage in action and had fled in fear.
If it were true, she expressed that she would cut off her breasts that had fed him with milk. With this determination she entered the battle-field with sword in her hand and went on searching for her fallen son. When she saw her son's body cut in twain, she felt much more happy than when she gave birth to him. (source: Puram 277 and 279 - in Tamil ).
Flags - The origin and use of flags can be traced to the earliest Indian literature, the Rig Veda Samhita. The term deaja occurs twice in the Veda. Besides, dhvaja, we meet with a good number of expressions for a banner in Vedic literature. These are Akra, Krtadhvaja, Ketu, Brhatketu, Sahasraketu. It appears that the Vedic host aimed their arrows at the banners of the enemy.
The idea was that once the banner was captured, or struck, a claim was made for success in the battle over the enemy. Ketu was a small flag as contrasted with Brhatketu or the big flag. Sahasraketu may be a thousand flag, or as the knight who brought under control a thousand flags of enemies. We are told that banners and drums were counted among the insignia of ancient Vedic kings. In the Mahabharata war, every leader had his own insignia to distinguish one division from the other.
Arjuna had the Kapidhvaja or the flag with the figure of Hanuman, Bhisma, Taladhvaja, cognizance of a palmyra tree etc.
SOURCE : Bibliotecapleyades
Ancient Indian UFO
Posted by Decoding Hinduism Pradeep Singh at 4:28:00 PM 1 comment:

Sea-Going and River-Going Vessels The Sanskrit texts like Vedas, Jatakas, Panini’s Astadhyayi, epics, Arthashastra etc consists of innumerable references to sea voyages and sea-borne trade. Among the surviving indigenous record throwing enormous light on the Ship-building in India is Yuktikalpataru by King Bhoja who is known as well reputed name in literature and history. He is author of many valuable work like Samarangana Sutradhara (architecture), Rajamartanda, Saraswati Kanthabharna, Subhasita-prabandha etc. #Yuktikalpataru, a Sanskrit manuscript by Bhoja Narapati is something like a treatise, on art of ship-building in Ancient India. The two chapters entitled Nispadayanodesa and Jaghanya Jalayanani under following heads gives description of subjects like Sea and period suitable for ship-building, varieties of wood best suited for ship-building, tying of iron nail to sea-going vessels, classification of River going (Samanya) and Sea-going (Visesa) ships, names and measurements of ordinary type of vessels, two types of special ships – dirgha (according to length) and Unnata (according to height) etc. [6,7] Yuktikalpataru gives according to Vriksha-Ayurveda (science of plant life), an account of four different kinds of wood. The first class comprises wood that is light and soft, and can be joined to any other wood. The second class is light and hard, but cannot be joined be to any class of wood. The third class of wood is soft and heavy. Lastly the fourth kind is hard and heavy. According to Bhoja, the ship made out of second class of wood, brings wealth and happiness. Ships of this kind be safely used for crossing the oceans. Ships made out of timbers containing different properties are not good, as they rot in water, and split and sink at the slightest shock. The thirty first chapter contains description of various kinds of mechanical contrivances (yantra) such as elephant machine (gajayantra), wooden bird machine travelling on air (vyomacari-vihanga yantra), wooden vimana flying machine and many more. The Samarangana defines yantra as machine which controls the bhutas and make them serve a specific purpose. The main elements of yantra according to Samarangana are four – the earth, water, fire and wind and it states the three varieties of yantra – Jala (water) Yantra, Agneya yantra and Vayu (Air) Yantra. [6,7] Yuktikalpataru also suggests metals to be used for decorations. According to cabins, ships are to be grouped into three classes:[7] (1) #Sarvamandira Ships, having the largest cabin, from one end of the ship to other basically used for transportation of royal treasury. (2) #Madhyamandira Ships, with cabins for rainy seasons (3) Ships with cabins near the prows, are called #Agramandira and are used for sailing in the dry seasons. It was in these ships, that the first naval battle recorded in Indian literature, was fought, when Tugra, the Rishi King, sent his son Bhujyu against his enemies inhabiting some Island, and Bhujyu, on being wrecked was rescued by two Aswins. [8] Of the same descriptions are the five hundred vessels mentioned in #Ramayana with Swastika flags on it. In #Rajavalliya, the ship in which prince Vijaya and his followers were sent away by King Sinhala of Bengal was large enough to accommodate seven hundred passengers.[5] The Janaka Jataka mentions ship wreck of seven hundred passengers too. The ship by which was used for rescuing of Brahmin mentioned in Sankha Jataka was 800 cubits (#370Meters) length, 600 cubits (277m) in width, 20 fathoms (36m) deep and had 3 masts.[6] The ship named #SantaMaria used by Christopher Columbus in his first voyage, was 18-25 meter long. [1,2] #KautilyaArthashastra, devotes a full chapter on state department of waterways under Navadhyaksha “Superintendent of ships”. His duties included the examination of accounts relating to the navigation, not only on oceans and mouths of river but also on lakes, natural or artificial, and rivers. Vasco’s ship was the ’#SaoGabriel’, a nau of length 27 meters. [3,4] ==================================================== References and Readings [1]http://en.wikipedia.org/wiki/Santa_Maria_(ship) [2] http://www.madeira-web.com/PagesUK/santa-maria.html [3] http://www.shipsonstamps.org/Topics/html/vasco.htm [4]http://www.newworldencyclopedia.org/entry/Vasco_da_Gama [5] From Bharata to India: Chrysee the Golde By M. K. Agarwal [6] Society, Law and Administration in Ancient India edited by H. S. Bhatia [7] Chaudhary, M. (1975). Ship-Building in the Yuktikalpataru and Samaranga Sutradhara. Indian National Science Academy, Calcutta. [8] http://ancientvoice.wikidot.com/rvs:bhujyu http://www.unitconversion.org/…/cubits-greek-to-meters-conv…
Posted by Decoding Hinduism Pradeep Singh at 8:48:00 PM No comments:

Email ThisBlogThis!Share to TwitterShare to FacebookShare to Pinterest
Labels: shipping in ancient India