All of Russia will embrace Hinduism, Hindu leader will bind Asia together: Nostradamus prediction 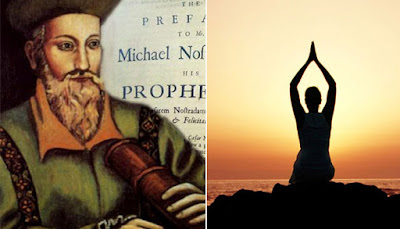 Nostradamus, the famed 8th-century French scholar, continue to amaze the world with his predictions which often turned out to be true.
Over 800 of his forecasts were fulfilled in the last 400 years, and among which was the prediction that the British empire would collapse in 1942.
He had also predicted the annihilation of Nazis for the mass murder of Jews.
According to him is “destined to be a force to be reckoned with”. He also saw Hinduism will grow across the vast spans of Asia and Middle East.
What's more interesting is that he saw an immortal leader emerging from South India with Hindu roots who will go on to bind the whole of Asia together.
The future world leader will come from a peninsula where the three seas meet, which can only be the Indian peninsula, he predicted. Thus, the future leader will be a Hindu from South India, who will bind Asia together.
According to the speakingtree.in, his forecast also seems to suggest that Russia will abandon Communism in favour of Hindu wisdom.
The Hindu troops will sweep through the Middle East, avenging former wrongs and the Russian army in the Caucasus mountains will link up with them, he predicted. And then they will cross the Mediterranean or the Black Sea. 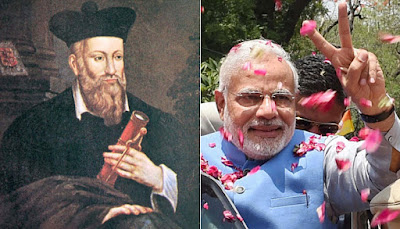 Rijiju, in a Facebook post titled 'AMAZING FACTS !!!' gives detailed mathematical calculations to show that the BJP's victory in May 2014 had special numerical significance.
Here's what he wrote:
In Current of Lok Sabha
BJP - 283 Seats 2+8+3 = 13
NDA - 337 Seats 3+3+7 = 13
UPA - 58 Seats 5+8 = 13
Others-148 Seats 1+4+8 = 13
Prediction of Nostradamus “450 years ago of Modi Era”: How ???
French prophet Nostradamus wrote that from 2014 to 2026, a man will lead india, whom initially, people will hate but after that people will love him so much that he will be engaged in changing the country’s plight and direction.
This was predicted in the year 1555. A middle aged superpower administrator will bring golden age not only in India but on the entire world.
Under his leadership India will not only just become the Global Master, but many countries will also come into the shelter of India.
Second Nostradamus
zeenews
Posted by Decoding Hinduism Pradeep Singh at 9:54:00 PM No comments: 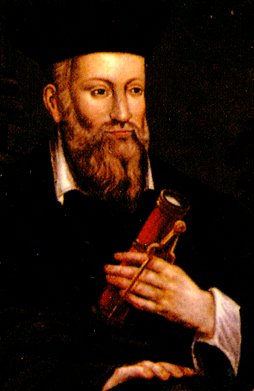 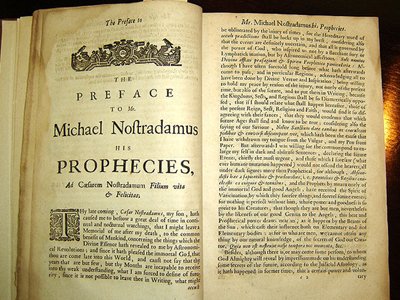 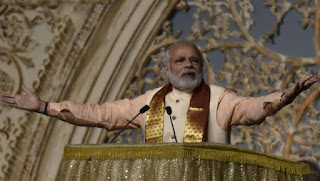