In the Nirgun-Sagun state Shiva is worshiped as the Shivalingam (Contrary to the rumors spread by our Islamic brothers that Shivalingam is the male genital the fact is that Shivalingam has a deep and scientific theory and philosophy).A glance at the rounded, elliptical, an-iconic image of Shivalingam placed on a circular base (known as Peedam), which is found in the Sanctum Sanctorum (Garbhagraha) in all Shiva temples, has given rise to various interpretations, without realizing the scientific truths discovered by the ancient Hindu sages. The practice of worshipping Shiva Lingam as the holy symbol of Lord Shiva, has been from time immemorial.The worship of Shiva Lingam was not confined to India and Srilanka only. Lingam was referred to ‘Prayapas’ by the Romans who introduced the worship of Shiva Lingam to European countries. The statutes of Shiva Lingams were found in the archeological findings in Babylon, a city of ancient Mesopotamia. Further, the archeological findings in in Harappa-Mohanjo-daro, which yielded numerous Shiva Lingam statutes, have disclosed the existence of a highly evolved culture long before the Ariyan’s immigration.
The word Shivalingam has been derived from sanskrit roots Shiva (Lord) + Lingam (Mark/Chinha/Symbol). Hence, Shivalingam is the mark of lord within its creation. Everything in the world arises out of a dome/a ball/ a pindi......be it a tree which comes from a seed which is round, a child which comes from a cell which is round, all heavenly bodies are round, the minutest of cells are round and our very earth is round. Every thing being round is a mark of the Lord/Shiva. Since Shiva cant be comprehended, we worship his mark or we worshib the whole Brahmman in a Shivalingam. Philosophically, Shiva Lingam consists of three parts. The bottom part which is four-sided remains underground, the middle part which is eight-sided remains on a pedestal. The top part, which is actually worshipped, is round. The height of the round part is one-third of its circumference. The three parts symbolize Brahma at the bottom, Vishnu in the middle and Shiva on the top. The pedestal is provided with a passage for draining away the water that is poured on the top. The Lingam symbolizes both the creative and destructive power of Lord Shiva and great sanctity is attached to it by the devotees. This does not mean others should give a false meaning to the image of Shiva Lingam.
Diya V Sharma, Doctoral Researcher In Shaivism, Advait Vedanta
Bodhyana suthra  Mahanyasa , section shiva archna (shiva worship)
shloka states

The body is the Temple, The life within is the SHIVA
Removing your ignorance and coming to an understanding, that, I AM THAT, should be ones WORSHIP. 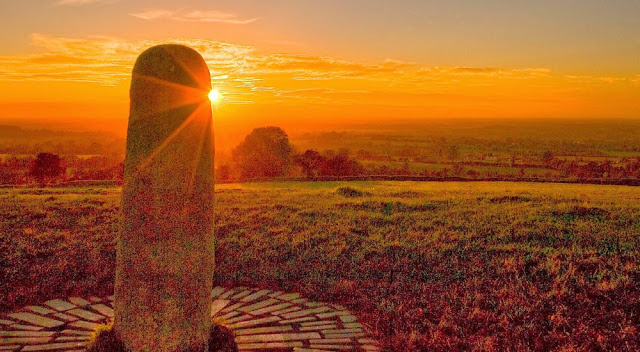 Yoga as a form of Lingam
Hinduism is deep rooted in the practice of Yoga and meditation. According to Hinduism, Yoga refers to the integration or union of a person’s own consciousness with the Supreme Reality or in other words Cosmic Consciousness.
Yoga was one of the greatest gifts provided by the worship of Lord Shiva to the world and received by people from all walks of life amidst diversity. The concept of Yoga began to surface with the excavations of stone seals from the archeological findings of the Indus Valley civilization and the Mohenjadero-Harappa civilization.
The Vedas were the revelations of the ancient sages, received through yogic meditation during the period of the Indus Valley civilization.
The initial form in the existence is a geometric surface, known as an ellipsoid. According to Yogic tradition, Lingam is a perfect ellipsoid. The first form of creation is an ellipsoid. Apparently, the final form before dissolution is also a Lingam. Modern cosmologists are of the view that the core of every galaxy is in the form of an ellipsoid. Yoga always maintains that the first and final form is a Lingam. If a person meditates, his/her energies will naturally take the form of Lingam. As the first and final form before dissolution is also a Lingam, Lingam is considered as a gateway to the beyond. In Hinduism, Lord Shiva is considered as the Supreme Truth.
There is another scientific truth that water poured down on the Lingam is not considered as holy water or Theertham as it is called. Shiva Lingam is considered to be an atom model. There is radiation from Lingam as it is made out of a type of granite stone. Granite is a source of radiation and reported to have higher radio activity thereby raising some concerns about their safety. Granite is said to have formed as lava or molten rock cooled and solidified over thousands or even millions of years, contain naturally occurring radioactive elements like radium, uranium, and thorium. Perhaps this is the reason that ancient Hindu sages advised their disciples not to touch water that is poured down on the Lingam.
The sages were aware that there will be radiation fall-out if some accidents occur and that is the reason that Shiva Temples were built close to the vicinity of sea, ponds, rivers, tanks or wells. Perhaps this may be the reason why these five Ishwaram temples were built around the coast of Sri Lanka, though Thondeeshwaram was submerged in the sea on account of the movement of the tectonic plates. Even lake Manasarovar is situated at the base of Mt.Kailash. 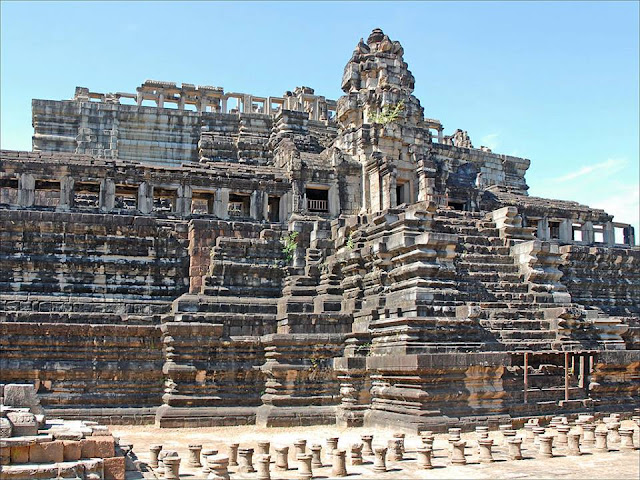 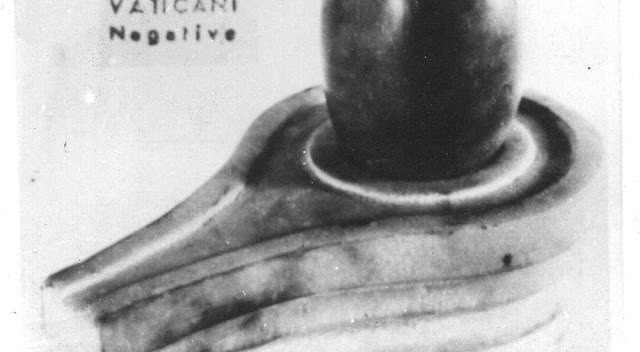 It is unfortunate that the Truth of the great work done by the ancient Hindu sages is misinterpreted by citing some verses in the Vedas, but we are fortunate to witness that the practices and literature were left as a legacy. It is a consolation that recent scientific discoveries have shown that the findings of the ancient Hindu sages were meaningful.
OM NAMASIVAYA.
References:
The Complete Works of Swami Vivekananda
Swami Vivekananda at the Paris Conference of the History of Religions
Hindu Dharma – by Bansi Pandit
Atomic Structure – The Bohr Model
Atom Models – NDT Center
Shiva Lingam – A symbol of science by Dr.P.Vartak.
Ramayana & Maha Bharatha
What is the meaning of Shiv Lingam – by Shri Hariharan Veer Shivadas, Director of Operations Gandhi Foundation the USA
Posted by Decoding Hinduism Decoding Hinduism at 3:49:00 PM 1 comment: