This story is about 2000 year rule of Hindus in Syria,Turkey and Iraq per ancient inscriptions. Though the Bogazkoy inscription mentioning the Vedic Gods, Amarna letters of Dasaratha in Egypt, Kikkuli’s Horse manual with Sanskrit numbers were discovered long before Indian independence, they never found a place in our school and college text books.
Indian history has a huge gap between Mauryan dynasty and Indus Valley. The Marxist and Dravidian scholars  never recognised any of the 153 generations mentioned by Megasthenes and the Hindu Puranas.

I am bringing you to read glorious Hindu rule in Syria and Turkey.
Research paper written by London Swaminathan
Research article No.1341; Dated 11th October 2014. 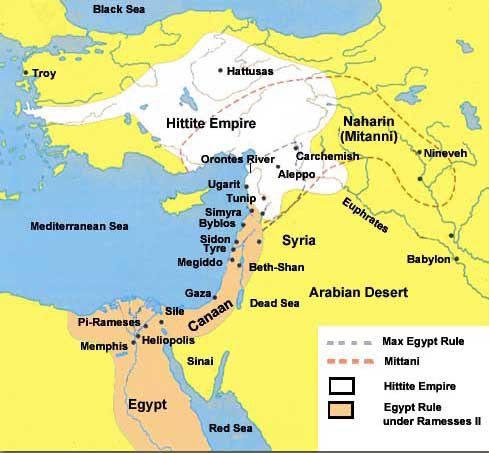 Amarna letters
Between 1600 BCE and 1200 BCE the major powers of the Near East contended with each other for control of the region by means of war and diplomacy. Much of our knowledge of this period comes from the Amarna letters, a collection of clay tablets containing correspondence between Egyptian rulers of the later 18th Dynasty and their neighbours. They reveal amongst other things, the existence of Mitanni (Amarna is in Egypt).

The Amarna letters date from the time of Amenophis III  and  IV (Akhenaten) and Tutankhamun (1390—1327 BCE). Written in Akkadian, the diplomatic language of the time, in cuneiform script, they include letters from subject princes and regions in the Near East. In the letters we see rulers sending gifts to each other and sometimes entering into dynastic marriages such as that between Amenophis III  and Taduhepa, daughter of Tushratta (Dasaratha) of Mitanni.

Tushratta twice sent the statues of Ishtar of Nineveh to Egypt to heal the pharaoh of Egypt.  (Ishtar is Goddess Durga. Foreign writers always give their known equivalents instead of original names. All the Greek writers wrote that Indians worship Bacchus and Hercules meaning Shiva/Indra and Vishnu)

Mitanni (Mitranya Desa) appears in history in 1480 BCE, when Parrattarna (Pratardhana) was in control of Aleppo in Syria , By the end of 15th century BCE, Saushatar brought Assyria under Mitannian control.  Tushratta was assassinated by his son in 1340 BCE. He was the last king of independent Mitanni. His kingdom was destroyed by the Hittites and Assyrians. A document from the Hittite capital Hattusa   records a treaty in which Tushratta’s son Shattiwaza is recognised as the ruler of Mitanni as a Hittite vassal. Mitanni’s capital was called Washukanni (Vedic god Vasu) .
Dasaratha/Tushratta letters

A powerful Hurrian (Surya Vamsa; Hurrian=Suryan)) state in north Mesopotamia and Syria (named after Surya, Hindu sun god) , Mitanni is first mentioned in an Egyptian tomb inscription dating to the early the fifteenth century BCE and last attested at the time of Assyrian king Tiglath-pilesar 1115—1077 BCE.

The name Mitanni comes from a personal name maiita (MITRA for Sun) known from Nuzi In Iraq. Since Bogazkoy inscription mentioned Mitra in Mitannian Peace Treaty,  there is no doubt that it denotes MITRA, the Vedic God. Hurriya is also Surya=Sun=Mitra.

Mitanni changed in to a geographical name Maittani. The state was also known as Hurri  in Hurrian, Khanigalbat in Assyrian and some other texts, Khabigalbat in Babylonian, and  Naharina or Nahrima in Egyptian.
Sanskrit word Nagara= Nagarika= City dwellers ,Cultured, Posh

Scholars could not identify or locate its capital Washukanni. Its identification with Tell Fekherieh is disputed. By the mid fifteenth century BCE, Mitanni has conquered many parts of Iraq, Turkey, Syria  which stretched to the Mediterranean sea. Its kings campaigned against Egypt and Hatti and eventually signed peace treaties with them.

It has been argued that the glass production in the fifteenth century BCE should be attributed to Mitanni and the best early glass comes from Nuzi in Iraq.

After Mitannian contact with Egypt,  we see lot of Sanskrit names among Egyptian royals. Tutankhamen’s wife was Ankenan. It is the corrupted form of Anjana or Angana (Surangana= Sura+ angana= Woman of Devaloka)

Hindu Migration
Vedas mention Pancha Jana (five tribes) in many places. Of the five tribes, Druhyus were the people who migrated to West Asia. Now we get lot of proof for this from the 8th Mandala of Rig Veda. The names correlate with the names in Iraq and Iran.


“The contact between Egypt and the Hindu kings of Turkey and Syria is well documented. Thanks to the clay tablets of Amarna letters we know that Dasaratha’s daughter Taduhepa ( Datta shivaa) was married to Amenophis III of Egypt. Dasaratha was ruling Syria and Turkey around 1380 BCE. He was assassinated in 1340 BCE. Mitanni kings followed Vedic religion is confirmed by Bogazkoy inscription where all the four major Vedic gods are mentioned in a peace treaty. Pratardhana – name in Vishnu sahasranama – was ruling Aleppo now in Syria. Turkey and Syria were ruled by the Vedic kings from 1480 BCE according to the clay tablets.

Dasaratha sent Amenophis five chariots, five horses, trinkets of gold, a pair of gold rings and goodly stones, says one of the Amarna letters. We have more Sanskrit names and horse manual with Sanskrit numbers around 1400 BCE in Turkey. Marrying one’s daughter with a king of a neighbouring country is a typical Hindu custom followed by kings from Kanyakumari to Kashmir and beyond. Afghan Gandhari and Iranian Kaikeyi were married to Drudharashtra and Dasaratha, because all those countries were ruled by the Hindus in those days.
(Mitannian Dasaratha is different from Ramayana Dasaratha. Like Tamils, Tamilize Sanskrit words, Mitannians also wrote Dasaratha as Tushratta, Pratardhana as Parartana. Even today Sri Lankan Tamils write Damayanthy as Tamayanthy. Mauritius Tamils are still worse and they write Subramanya as Soupramoniamme due to French influence. Greek writer, Chinese visiors and British rulers distorted all place names and people’s names beyond recognition. Beautiful Aralvaymozi became Aramboli, Tarangampadi changed to Tranqbar, Tutukkudi changed to Tuticorin Alexander became Alikasunda etc.)

The horse manual written by Kikkuli ( Aswa Sena) runs to 1080 lines on clay tablets. Though it was written in Hittite language the numerals Aika,Tera,Pancha, Satta, Nava vartaana (1,3,5,7,9 intervals) and words for colors are in Sanskrit.

Books-Dictionary of the Near East by the British Museum,  Time’s World History, Arya Tanagini by A. Kalyanaraman and Wikipedia.)
http://www.mahanbharat.net/articles/the-aryan-myth/eurocentric-history
http://www.vina.cc/2015/10/11/hindu-kings-who-ruled-syria-and-turkey/
Posted by Decoding Hinduism Pradeep Singh at 7:43:00 PM No comments:

Email ThisBlogThis!Share to TwitterShare to FacebookShare to Pinterest
Labels: hinduism in arab, hinduism in syria and turkey, MOTHER OF ALL RELIGION IS HINDUISM
Older Posts Home
Subscribe to: Posts (Atom)