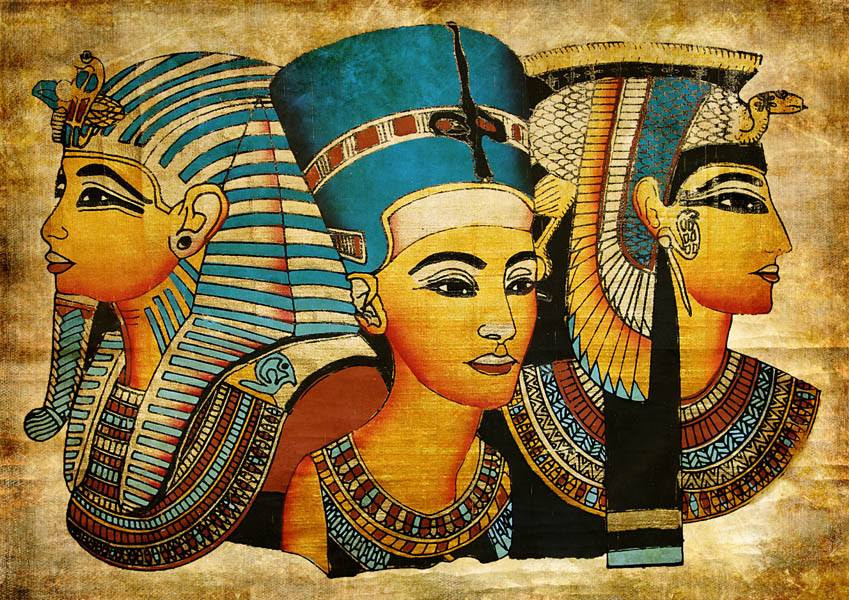 The universe according to Egyptian philosophy was created from the primal waters, the universe according to the Vedas was created from the causal ocean. According to Egyptian scriptures a lotus flower emerges from the primal waters, according to the Vedas a lotus flower emerges from the causal ocean. From the lotus of Egyptian philosophy Ra the Sun God is born bringing life to this universe, the lotus of the Vedas produces Lord Brahma who engineers this universe. The Egyptians understand a universe which undergoes a cyclical process of creation and destruction while the Vedas speak of the days and nights of Lord Brahma.

In Egypt they would worship a particula deity and other Gods in relation to that deity, Vedic India do the same. Each morning in Egyptian temples the deity is awoken, bathed, dressed, worshipped and offered a variety of sumptuous foodstuffs, each morning throughout India deities receive the same worship. Although in Egypt, unlike Vedic temples, the inner sanctum of the temple was off limits to the general public, in homes throughout Egypt the deity would be worshipped.

“On comparing the religious system between the Egyptian civilisation and Vedic civilisation we are struck by their resemblance to each other. The principle of trinity with that of unity, the pre-existence of the soul, its transmigration, the division of caste into priests, warriors, traders and agriculturists are the cardinal points of both system. Even the symbols are the same on the shores of the Ganges and the Nile. Thus we find the lingam of the Shiva temples of India and the phallus of the Ammon temples of Egypt. We find the lotus as a symbol of the sun both in India and Egypt and we find symbols of immortality of the soul both in India and Egypt. The power of rendering barren women fruitful, ascribed to the temple of Shiva in India is also ascribed to the temple of Ammon in Egypt”.  The theogony of the Hindus  -  Count Biornsttierna. 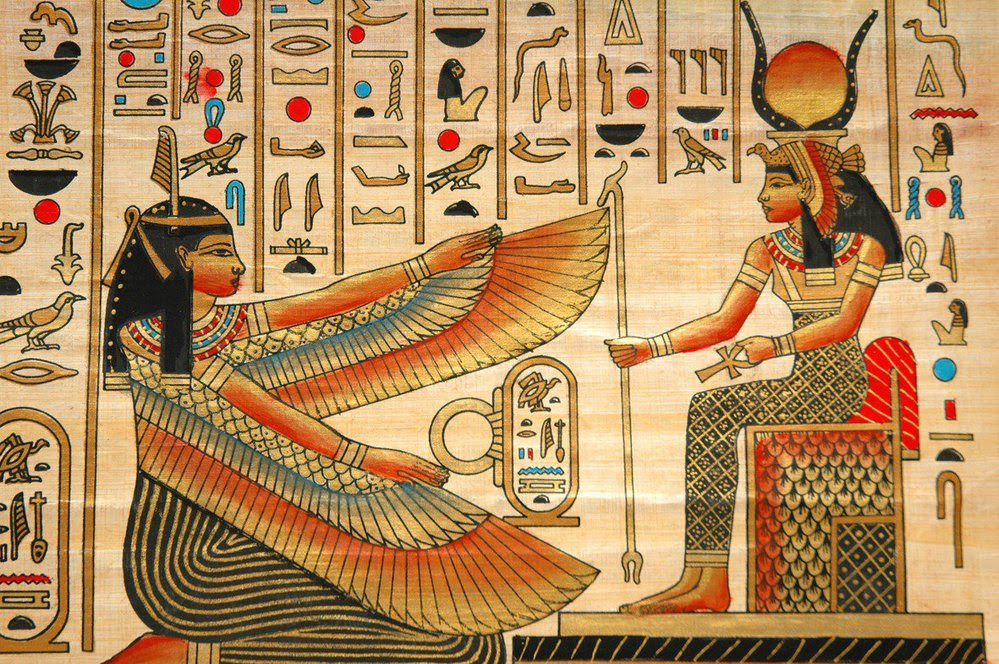 He is the ultimate God of ancient Egypt, considered the King of Kings, the God of Kings. Some 4000 years ago Amun was  adopted into the ennead of Heliopolis where he is said to have merged with the Sun God Ra, hence the name Amun Ra. Ra in Sanskrit means fire, gold, brightness, which are basically descriptions of the Sun, and Amun, which is pronounced Amana, is Sanskrit for affection, friendly disposition. Heliopolis where this adoption took place is a Sanskrit term, Heli being Sanskrit for the Sun and Polis being a corruption of Puri which is Sanskrit for city, city of the Sun. Amun Ra is described as having blue skin and adorned with two feathers in his hair. Its a striking description as it reflects the bluish complexion and peacock feathers of Lord Krsna. It is said that from the feet of Amun flows the mighty river Nile and once again it reminds us of the Ganga emenating from the feet of Lord Krsna.

Now of course no-one is claiming that Amun Ra and Lord Krsna are one and the same, however coming less than 1000 years after Lord Krsnas departure we can consider this as a reflection of the cultural ties between India and Egypt. The famous river which was the lifeblood of the Egyptian race is famously known as the blue Nile. In Sanskrit Nila means blue, a word used to describe Lord Shiva as Nilakantha, the blue throated one. The Kingdom of Amun Ra is Karnak, a temple complex which deifies Amun, his wife Mut and son Khonsu, and in true Vedic style they form an Egyptian tri murti.

Each year in Karnak they hold the annual Opet festival where the three deities of Amun Ra, Mut and Khonsu are paraded before the public. The deities are first of all ceremoniously washed and then clothed in colourful linen and precious jewels. The Pharaoh then appears and prostrates himself before the deities who are then placed upon barques (boats). These are then carried by priests accompanied by soldiers carrying poles and flags with colourful plumes and streamers while musicians and elegant horse drawn chariots decorate and enliven the procession. For some two miles huge crowds gather and blow trumpets, sing, dance, clap, offer prayers, burn incense and celebrate the procession. Any Hindu will immediately be reminded of the Ratha Yatra festival where the three deities of Krsna, Subadra and Balaram are paraded through the town of Puri in India and once again we see cross cultural influences between two seemingly distant countries extending over thousands of years. Upon arrival at the Luxor temple the deities are rested and a few days later they return to Karnak having given their annual blessings. The whole festival lasts some 24 - 27 days while in India it lasts for 25 - 26 days.

"It is testified by Herdotus, Plato, Salon, Pythagoras, and Philostratus that the religion of Egypt proceeded from India....It is testified by Neibuhr, Valentia, Champollian and Weddington that the temples of upper Egypt are of greater antiquity than those of lower Egypt...that consequently the religion of Egypt, according to the testimony of those monuments....came from India...The chronicles found in the temples of Abydos and Sais and which have been transmitted by Josephus, Julius Africanus, and Eusebius, all testify that the religious system of the Egyptians proceeded from India." Greek author and philosopher Philostratus. 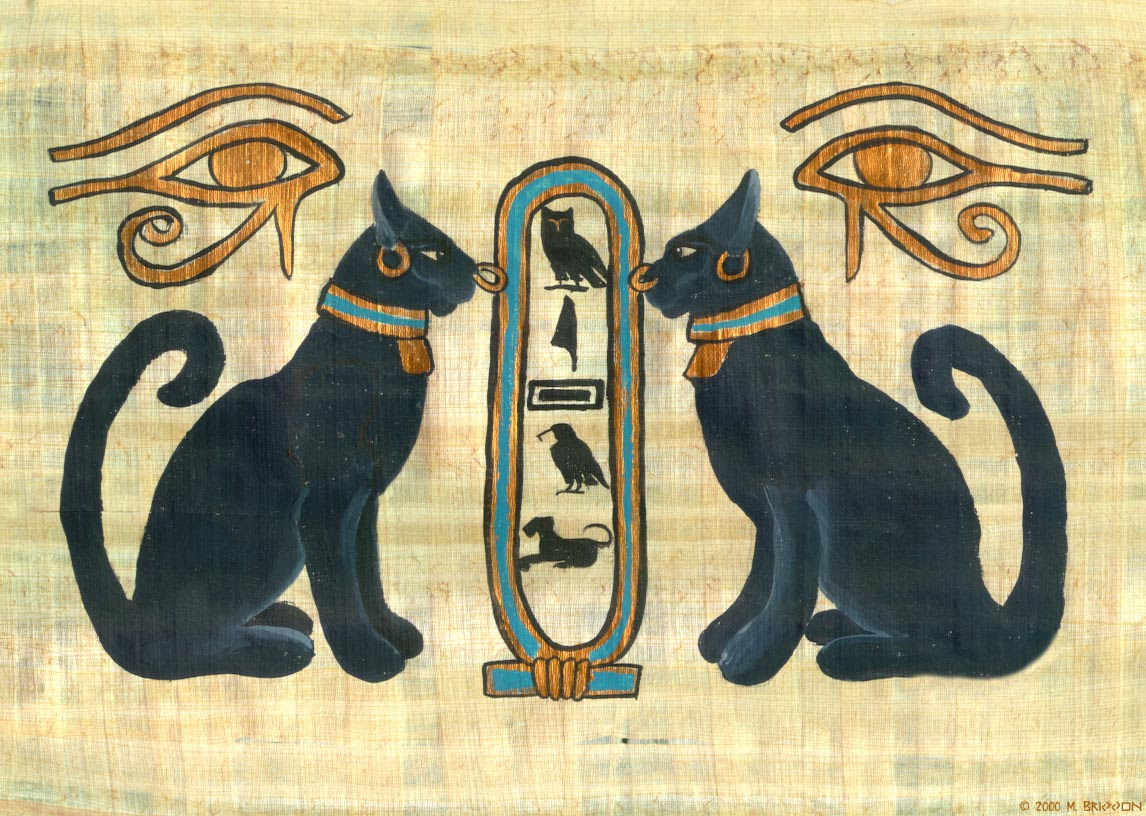 According to Egyptian texts this universe is produced from the primordial waters at the beginning of creation. From these waters a mound is produced and from this mound a lotus flower travels up to the top of this universe upon which Ra, the great sun God appears. Now this of course is the same account we find in the Vedas, a lotus appears from the navel of Lord Visnu residing upon the causal ocean and upon this lotus Lord Brahma appears and proceeds to create this universe.

The mound which appears, according to Egyptian sacred texts, is none other than Mount Meru, the Vedic abode of the Gods. According to Egyptian cosmology, the pyramids we see in Egypt represent this mound which sprang from the primal waters. The word "pyramid" has nothing to do with the Egyptians, its simply another case where western outsiders dictate another countries culture. The word "pyramid" comes from the Greek word "pyramis" which means "fire in the middle". If these icons of ancient Egyptian culture were allowed to speak for themselves, according to their own culture, their own language and their own civilisation, they would simply say "hello my name is Meru".

In Egyptian hieroglyphics the name which is used for mountain is Meru and they also designated the consonants MR as the name for these ancient structures we now call pyramids. The Egyptians never wrote down the vowels, so when we see names like Nefertiti, what we really have is NFR, leaving the egyptologists to fill in the blanks with their academic speculations. One of the rules of egyptologists is they place the letter E between two consonants, so for example NFR becomes Nefer and eventually Nefertiti. Applying the rules of the Egyptologists, the MR, the original name for the pyramids, becomes MER which is simply Meru, the abode of the Gods. The following are taken from the book  -   "An Egyptian Hieroglyohic Dictionary Volume 1" by E.A.Wallis Budge. 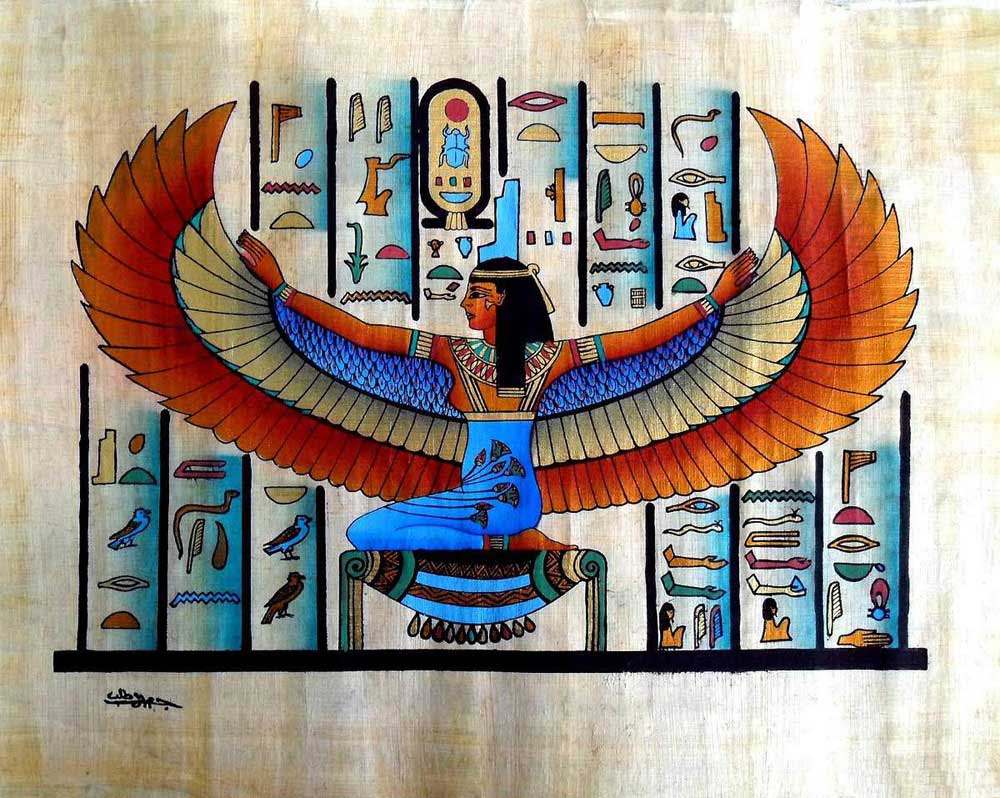 “Note the great Hamite-Cushite race from the East was the first to settle Egypt and Babylon; that this bible race can be traced to the Mount Meru, on the high table-lands of Central Asia; that the races emigrating from that region can be traced from thence, to the four quarters of the earth, and that however widely separated, they can be re-traced to their common home, - the Eden of Genesis”  -  “Har-Moad: or the Mountain of the Assembly” written in 1891 by Orlando Dana Miller and Stephen Munson Whipple

“By the pictorial hieroglyphic inscription found on the walls of the temple of the Queen Haslitop (Hatshepsut) at Der-el-babri, we see that this Punt can be no other than India. For many ages the Egyptians traded with their old homes, and the reference here made by them to the names of the Princes of Punt and its fauna and flora, especially the nomenclature of various precious woods to be found but in India, leave us scarcely room for the smallest doubt that the old civilization of Egypt is the direct outcome of that the older India.”  -  Col. Henry Steel Olcott.

" The land of punt in the Egyptian ethnological traditions has been identified by the scholars as the Malabar coast of Deccan ( India ). From this land ebony and other rich woods, incense, balsam, precious metals, ect, used to be imported into Egypt ". German Egyptologist  -  Friedrich Wilhelm.

"At the mouth of the Indus river dwell a sea faring people, active, ingenious and enterprising as when, ages subsequent to this great movement, these people coast along the shores of Mekran, traverse the mouth of the Persian gulf and again adhering to the sea board of Oman, Hadramant and Yemen, they sail up the Red sea, and again ascending that mighty stream which fertilises a land of wonders found the Kingdom of Egypt, Nubia and Abyssinia. These are the same stock that centuries subsequently to this colonisation, spread the blessings of civilisation over Hellas ( Greece ) and her islands". Edward G Pococke  -  India In Greece.

"Of the cursory observations on the Hindus, which it would require volumes to expand and illustrate, this is the result, that they had an immemorial affinity with the old Persians, Ethiopians and Egyptians, the Phoenicians, Greeks, and Tuscans, the Scythians, or Goths, and Celts, the Chinese, Japanese, and Peruvians.”  Indologist and Sanskritist Sir William Jones  -  Asiatic Researches, Volume I

Posted by Decoding Hinduism Pradeep Singh at 3:10:00 PM No comments: