Gympie Pyramid is a low terraced structure located in the outskirts of Gympie in Queensland, Australia.

Many archaeologists claim that this structure was built by european immigrants in late 19th century or early 20th century.Few claim that it has latin American (Incan) connection due to the predominance of a cactus of South or Central American origin in this area.
Few even went on to claim that this pyramid was created by Egyptians who had mining operations in Australia centuries ago, with bases of operation reaching as far as the Blue Mountains in New South Wales.
Even Chinese connection was imposed to it as its size, height and shape are typical of Ming Dynasty observation platforms and it would have been logical for the Chinese to build observatories to determine precisely the location of the phenomenal riches they had discovered. 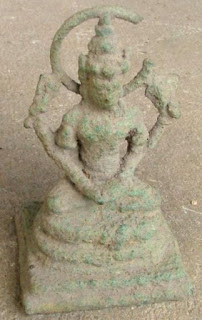 In Kishkinda Kanda episode of Ramayana, sage Valmiki describes about Vanara king Sungreeva’s plans to send 4 teams in 4 directions to find Seetha, who was kidnapped by Ravana.
To the team headed towards east direction, he describes that after crossing ocean in Indian east coast, one would find Yava Dwipam (Yava Island), which is today’s Java Island of Indonesia.

Valmiki descibes about Yava Island to appear in golden color (due to sunrays) and there after one finds a mountain called Shishira.
Then he mentions of ‘rapid red waters‘ of the River Shona. (Shona’ (शोण) means ‘red’ in Sanskrit)
The he asks them to proceed to an island called Plaksha (Fig tree) and further on to Ikshu (Sugarcane) Island. They will then confront a furious and tempestuous tide-ripped ocean and its islands.
After this, there is another ocean named Lohita. (Lohita means ‘yellow‘ but the waters are described as a mix of yellow and red. This is most likely today’s Coral Sea of Australia.
After crossing the sea, Valmiki says, one can see the tallest ever ‘Shalmali‘ (शाल्मलि) tree on an island.
Botanical name for the Sanskrit ‘Shalmali‘ is Salmalia Malabaricatralia and is also referred to as Bombax Ceiba. It is native to East Asia and Northern Australia. This must be the Fraser island.
Bombax Ceiba species of silk-cotton trees is sometimes known as Kapok in Northern Australia and the ‘Shalmali‘ are tall trees growing up to a height of 80 feet.
Vishnu Purana refers to Australia as ‘Shalmali Dwipa‘ due to presence of these trees.
Verse 4-40-40 mentions about a huge mountain like structure on this island, which was built by Viswakarma, a ‘celestial‘ architect, responsible for the construction of many gigantic cities and structures (probably the megaliths) around the world. 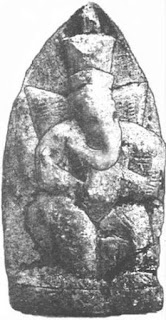 Translation : On that Shalmali Island in Wine Ocean you will be seeing the mansion of Vinata’s son, namely Garuda, the Eagle-vehicle of Vishnu, which is decorated with numerous jewels, and which in sheen will be like Mt. Kailash, the abode of Shiva.
This mansion is a construction of Viswakarma, the Heavenly Architect.
Today, the only island one can reach after crossing Indonesia is Australia and Gympie Pyramid is located on its west coast.
Gympie pyramid site in Queensland is about 120 Km away from Fraser island. Valmiki mentions that after one passes this gigantic structure, one will see a shore which is white and shaped like a necklace. This is probably the coast off the shores of Brisbane.
The Ramayana then mentions a Milky Ocean, a tall mountain by the name Rishaba, a silvery lake called Sudharsha, and a beautiful land inhabited by the ‘devas’, ‘apsaras‘ and ‘kinnaras‘.
This should be be New Zealand (with such lakes and adjacent to Australia).
Eventhough modern archaeologists are trying to prove something else, artifacts like the Vedic God Ganesha and a Goddess in a Padmasana posture seated on a lotus flower have been found at Gympie, which indicates that ancient world history is way different than what we are made to believe.
From www.booksfacts.com
Posted by Decoding Hinduism Decoding Hinduism at 5:47:00 PM No comments: