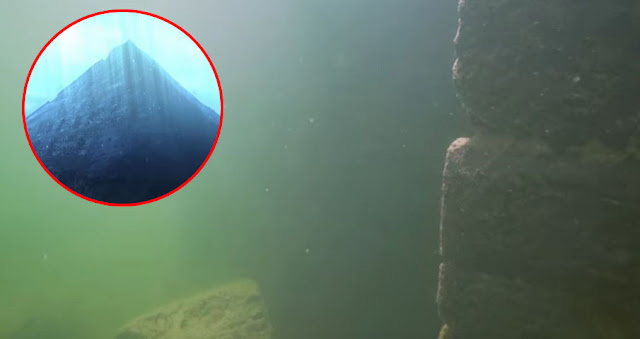 Pyramids are still mystery but if you look closely , you will see real origin far more than what Egyptian archeology tell you ~5000 years. In fact Archaeologist and Historians are kind of stuck at 5000 years when according to them civilization began,and wants to connect everything after that.

Although many people still thing that Pyramids are only in Egypt, but they are far away from truth.The Ancient Egyptians, Ancient Chinese, Ancient Indians,Pre-Inca, Inca, Aztecs, Maya and countless other ancient cultures erected Pyramids that still exist today.

Written in Greek, and in capital letters, I know that there are now three existing translations in English and one in Latin of this text: one from a copy made by Henry Salt (1780-1827) British Consul General in Cairo in 1815 and a great collector of Egyptian antiquities that had paid Caviglia in 1817 to explore the Sphinx, whose transcription was published in the "Quarterly Review " vol. 19) in 1818, translated by Dr. Yong (who even strove to restore some permanently erased words) in English and Latin ...and another from the great Egyptian archaeologist Selim Hassan* (1893-1961), the first Egyptian to occupy a chair of Egyptology ...and finally, one from the Reverend Coleridge of Eton, published in: "Operations conducted at the Pyramid of Giza" by Colonel Vyse in 1842. I will give here my own translation of the inscription; I tried to be as faithful as possible to the grammar of ancient Greek and not to invent the missing words:

Posted by Decoding Hinduism Pradeep Singh at 8:04:00 PM No comments:

Sudan and Africa rules By Kush(Rama's Son) Pyramids of Sudan

The site, where Pyramids are in Sudan are almost as equal as to Egypt without visitors because po poor economy and politics in region called as the Island of Meroe because an ancient, long-dried river ran around it, once served as the principle residence of the rulers of the Kush kingdom, known as the Black Pharaohs. Their pyramids, ranging from 6 meters (20 feet) to 30 meters (100 feet) tall, were built between 720 and 300 B.C. The entrances usually face east to greet the rising sun. Egypt Pyramids were built by same kind of dynasty linked to Hindu Kings of India , migrated to all over world-Link-Ancient Hinduism and connected world.

The pyramids at Meroe, some 200 kilometers (125 miles) north of Sudan's capital, Khartoum, are rarely visited although it is UNESCO World Heritage partly because of Sanctions against the government of longtime President Omar al-Bashir over Sudan's long-running internal conflicts. Remember Africa has its own Hindu like religion before it was terrorized like Indian continent by first Christian missionary ~1500 years ago and then by islamic terrorism ~600 years ago and many had to be forcibly converted. In19th century Archaeologist tore off the golden tips of some pyramids accidentally as per Abdel-Rahman Omar, the head of the National Museum of Sudan in Khartoum. Al-Bashir's government, which came to power following a bloodless Islamist coup in 1989 and still christian and Islamist fight there as did for many centuries.

In this Thursday, April 16, 2015 photo, a view of the historic Meroe pyramids in al-Bagrawiya, 200 kilometers (125 miles) north of Khartoum, Sudan. The steep, small pyramids rise over the desert hills, a stunning reminder of the ancient Nubian kingdom that once ruled Egypt _ and ones not nearly as visited as those of its neighbor. (AP Photo/Mosa'ab Elshamy)
source-ORIGINAL ARTICLE BY http://www.ap.org/
http://news.yahoo.com/sudans-pyramids-nearly-grand-egypts-unvisited-105511463.html?
Posted by Decoding Hinduism Pradeep Singh at 9:24:00 PM No comments: 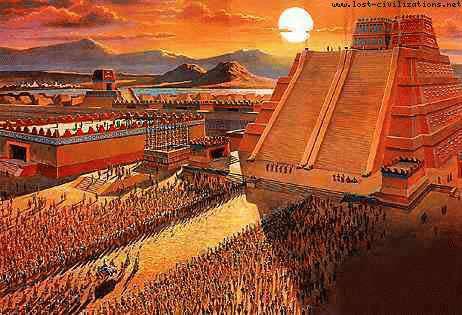 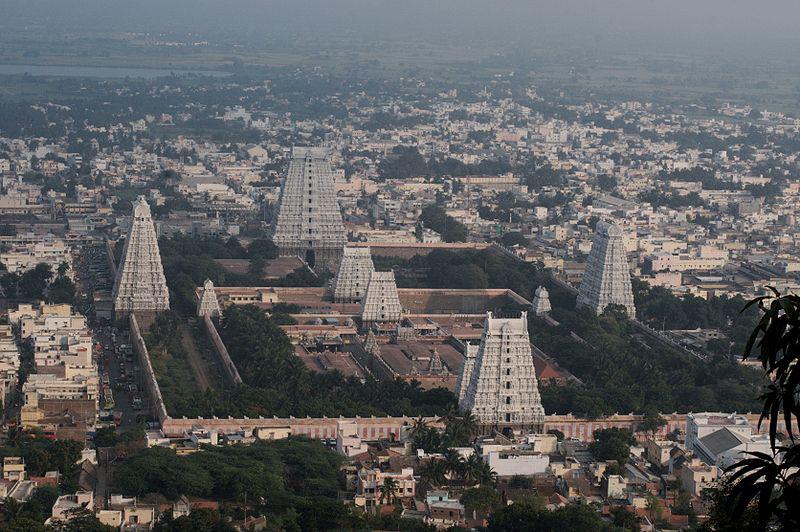 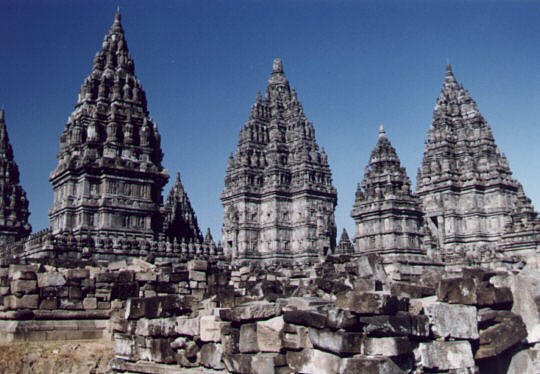 Were the Mayas’ Pyramids Built By the Vedic Architect Maya? by Marcus Schmieke Nowadays, it is generally known that Columbus was not the first to discover America. In the course of centuries, almost every seafaring culture set out to the American continents. In the last few years, direct traces have been discovered which lead from India directly into the heart of the Maya Culture of Central America. In the scriptures of South India, countries located south of India and their relation to the Vedic culture were mentioned. Following these traces, the renowned Vedic architect Dr. V. Ganapati Sthapati travelled to Peru in spring of 1995. His ancestors had built the big Shiva temple in Tanjore approximately a thousand years ago, and he himself continues to build temples all over the world according to the same principles of Vedic architecture. Merely studying old Sanskrit and Tamil scriptures on architecture caused him to assume that there had to be a connection between South America and India. Not only is its plot based exactly on the same geometric matrix, the Vasatipurusha Mandala, but also its form is identical with the South Indian Vimana (temple domes) even in details. Furthermore, there are amazing similarities as to measurements. Dr. Sthapati discovered that the South-Indian measure/rule (Kishku yardstick approx. 33 inch) was used mainly in the Peruvian region of Kushku. Residential buildings were also built strictly according to the principles of Vasati , as developed by Maya Danava. Its plots, position of doors and windows, proportions, form of roofs, inclination angles of roofs, diameter of columns, width of walls etc. are perfectly in accordance with the rules of Vasati , which are still applied in 60% of all houses built in India nowadays. Considering so many similarities, it is hard to believe in accident as an explanation. In addition, also the techniques applied by the Maya to erect their buildings and to hammer their huge stones for temples and pyramids are identical to those still taught and applied by Dr. Sthapati today. They have been described by Maya Danava in his books on Vasati. Did Maya Danava really travel from South India to Peru, or did he originally come from South America to become a famous architect in India later? This question can only be answered if we take into account the mystical personality of Maya Danava. According to historical records of the Vedic culture, Maya Danava’s influence on man was prevailing for 8000 years. But at the same time, he is described as a being from another planetary system who is equipped with all sorts of mystic powers and with an astronomic life span. Had the same Maya Danava first worked as an architect in South India and published Vedic texts in order to contribute later to the development of the Maya Culture in Central America, which shows a number of similarities with the Vedic India also in fields different from architecture? It is also very interesting to have a closer look at a linguistic comparison. Even today there are a number of words in the Maya language which indicate a relation to the Vedic culture. The Maya word K’ultanlini refers to the divine power and has obvious similarities to the Sanskrit word Kundalini which also refers to the life power and the power of consciousness. The Sanskrit term yoga can be found again in the Maya word Yok’hah, which means at the top of truth. For our considerations, it is most interesting to investigate the connection between the Maya word Chilambalam which is the name for the temple room of the caste-pyramid Chichen Itza. This pyramid has the same plot as a South Indian temple vimana. Both are based on a grid consisting of 8 x 8 squares. In Vasati such a square grid is called Manduka Mandala, the frog mandala. The centre is formed by a square made of four squares, which corresponds to the Brahmasthana, the place of Brahma. At this location the divine energy is so strong that it is not suitable for people to live there. Both in the Vasati temples and in the Maya pyramids the most sacred place of the whole structure is located exactly in this square. The Mayas call this area Chilambalam, which means sacred room. This room is cubic and corresponds to the original form of room itself in Vasati. Adhering to this principle, there is a Shiva-temple in South India in which the sacred room or the room of consciousness is being worshiped. This temple with immaculate proportions is called Chidambaram and ranks amongst the most famous Vasati temples of South India next to Shri Rangam. The same concept of the sacred room or hall of consciousness was called Chilambalam by the Mayas. Another perplexing parallel.

Posted by Decoding Hinduism Pradeep Singh at 5:03:00 AM 1 comment: