Download All four vedas from vedapuraan.com
Posted by Decoding Hinduism Pradeep Singh at 8:25:00 AM No comments: 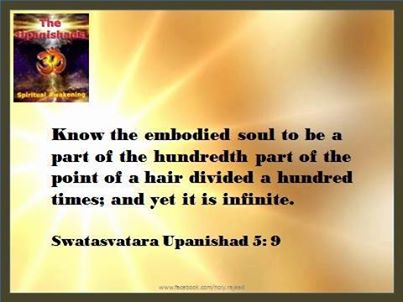 The first sloka of rig veda:

1 I Laud Agni, the chosen Priest, God, minister of sacrifice,
The hotar, lavishest of wealth.
2 Worthy is Agni to be praised by living as by ancient seers.
He shall bring hitherward the Gods.
3 Through Agni man obtaineth wealth, yea, plenty waxing day by day,
Most rich in heroes, glorious.
4 Agni, the perfect sacrifice which thou encompassest about
Verily goeth to the Gods.
5 May Agni, sapient-minded Priest, truthful, most gloriously great,
The God, come hither with the Gods.
6 Whatever blessing, Agni, thou wilt grant unto thy worshipper,
That, Aṅgiras, is indeed thy truth.
7 To thee, dispeller of the night, O Agni, day by day with prayer
Bringing thee reverence, we come
8 Ruler of sacrifices, guard of Law eternal, radiant One,
Increasing in thine own abode.
9 Be to us easy of approach, even as a father to his son:
Agni, be with us for our weal.

The holistic translation is as follows:
Expanding into a theorem ;
By theoretically triggering the fundamental field of matter in space into expansion, the extraordinary
output of free energy can be obtained.
By inference the triggering process must of necessity be less than that required for an output and
brings in the concept of overunity energy production. Input less than output. It is the realm of the
impossible in current scientific thinking. Is it really impossible ? It depends on our concept of the
universe. If we can accept the fact that the universe always existed and the dynamic state was the
only state, then it is not difficult to see that we are only tapping an infinitesimal amount from an
infinite ocean of energy that already exists and will always exist and therefore HAS to be FREE. In
the vedic treatise space is considered to be matter itself in its most fundamental form and
NOTHING or EMPTINESS does not exist in the absolute sense as these words can be used only
meaningfully in a relative sense. Maharishi Kapila has established the holographic nature of the
Substratum of space through impeccable logic in the Sankhyakarika.
The sloka is a formula . Expansion of a volume involves an increase in the surface area and the
radius is the controlling parameter in a spherical volume which is the predominant shape in a
fundamental matter field. Triggering involves a time aspect that is of a relatively short duration.
Putting these ideas into a mathematical framework we get a formulation giving a numerical result
which is presented in the sloka as a numerical code using the letters of the sanskrit language as
numerical symbols, shown below.
The most astounding part, the answer gives the cubic volume occupied by an expanding sphere of
light or electromagnetic wave in cubic yards per second.
"3 5 5 3 1 2 8 6 1 8 5 1 3 4 5 6 4 8 8 6 2 2 6 9 6 5"
"AG NI MI LE- PU RO HI TH'M - YA JNA AS YA - DE VA MRI TH VA JAM,- HO THA
RAM - RA THNA DHA THA M'M. "
AG NI MI LE PU RO HI TH'M YA JNA AS YA DE VA MRI TH VA JAM, HO THA RAM RA THNA DHA
THA M'M. " [ sloka ]
[number value]
3 5 5 3 1 2 8 6 1 8 5 1 8 4 5 6 4 8 8 6 2 2 6 9 6 5
1 2 3 4 5 6 7 8 9 10 11 12 13 14 15 16 17 18 19 20 21 22 23 24 25 26
[ digit number]
The sloka has 6 words and 26 syllables, each with a defined numerical value. The number is accurate
to 25 decimal
Digits. As shown below it forms the expanding rate of a relative cubic volume of space, when it is
triggered into
Expansion by a specific theoretical process. It is cubic yards. Taking only the first 15 digits and
converting it into
Metres / cycle gives as the radial value :: (3.5531286185184564E+25)1/3 x .9144 = 3.00612148 x
108 m/cps
The number of daily cycles in a year at that time was 365.7388. Therefore the additional
Incremental volume in a year was 1/ 365.7388. Using the velocity of light as 299792458
(as measured today) the additional time cycles in terms of light speed is
299792458/ 365.7388 = 8.1969 x 105
Therefore the Vedic value of the number of cycles of unit wavelength is
3.00612148 x 108 - 8.1969 x 105 = 299792458
The value of light speed then is exactly as measured today.
Next the derived value of light speed as number of cycles of unit wavelength
using the principle of simultaneity (which is self-similar and scale invariant
In confined spaces) gives :
Y = 2 / ((1+22)1/2 – 2)/2 = 8.4721 and 108.4721 = 296575967
Taking the log (10) ratio of difference between measured and derived value as
Log[299792458 / 296575967] =4.6847 x 10-3
The ratio of the Solar Radius to the Earths orbital radius is
6.986 x 108 / 1.4912 x 1011 = 4.6847 x 10-3
This is identical to the Vedic calculation. The Vedic concept
of the Field of space was different from current views in physics.
The field in space YIELDS FREE ENERGY WHEN IT’S SYNCHRONISED
AND COHERENT STATE IS UPSET SUDDENLY BY A TRIGGERING FORCE
Posted by Decoding Hinduism Pradeep Singh at 7:55:00 AM 1 comment: