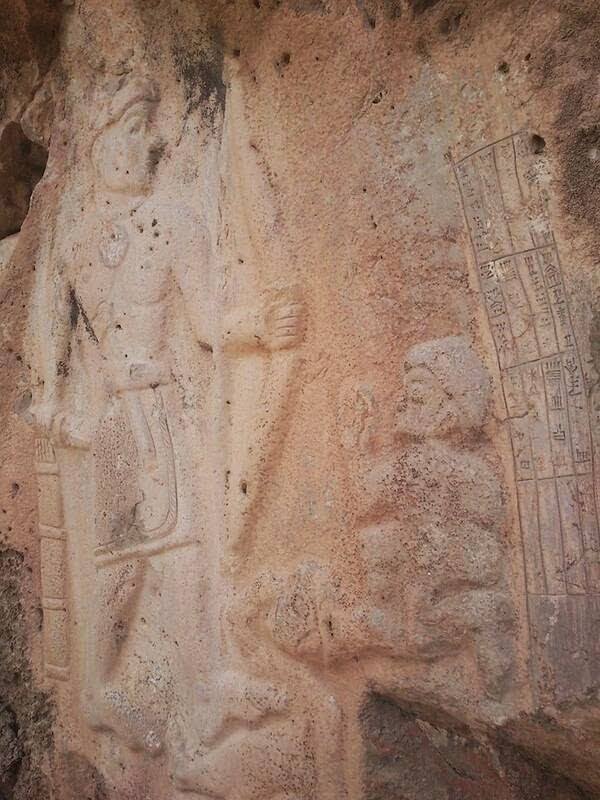 AN ANCIENT RAM-CHAPEL IN SUMER
One of the major triumphs of modern archaeology was the hair-raising discoveries of Sir Leonard Woolley at Ur. Amidst the ruins of Ur, he unearthed a Ram-chapel but totally missed its relevance in world history. This crucial finding not only bridges the wide gaps between Indian tradition and archaeology but also unfolds the historic bonds that once united ancient India, Iran and Sumer. Ram-Sin of (Larsa) to whose memory this chapel was dedicated must have been Rama of Valmiki. The name Ararama of Larsa may be an echo of Rama. This Ram-Chapel of Ur is the earliest known memorial to the great Rama and may have been erected by Dilmun merchants who resided nearby. Dilmun was always mentioned in the Sumerian texts together with Magan and Melukkha and it is possible that these three states were somehow allied to each other.

RAMA, BHARATA & LAKSHMANA IN SUMER
The Cambridge Ancient History which is usually not considered as a sourcebook for Indian history by writers like Romila Thapar contains priceless information relevant to Indian ancient history. In the highly authentic Sumerian king list appears such hallowed names as Bharat (Warad) Sin and Ram Sin. As Sin was the Moon god Chandra Ram Sin can be seen to be same as Rama Chandra. Bharat Sin ruled for 12 years (1834-1822 BC), exactly as stated in the Dasaratha Jataka. The Jataka statement, “Years sixty times hundred, and ten thousand more, all told, / Reigned strong-armed Rama”, only means that Rama reigned for sixty years which agrees exactly with the data of Assyriologists. Ram Sin was the longest reigning monarch of Mesopotamia who ruled for 60 years. The mention of the father in the inscriptions of both Warad Sin and Ram Sin is noteworthy and may point to a palace intrigue. Joan Oates is not aware of the Ramayana but writes with great insight (p. 61) that Warad sin was manoeuvred to the throne by his father. In Mesopotamia, a prince normally became king only after the death of his father. Lakshmana, mentioned the Bible as Lakhamar, ruled as a great king.

THE FIRST SYNCHRONISM OF INDIAN HISTORY

In his thirtieth year(1794 BC) Ram-Sin defeated a powerful coalition led by the King of Lanka (Babil). It is most significant to note that while there were ten kings who fought on the side of Ram-Sin, another group of ten kings supported his enemy. This may in fact explain the ten faces of Dashanana. Ram-Sin considered this victory to be of such great importance that he dated all the documents of the last thirty years of his reign by this event. Gadd comments on the lyrical nature of Ram-Sin’s long victory inscription which may have been the kernel around which Valmiki’s Epic grew. The mature Harappan culture ended by about 1750 BC. According to Dales, the decline of Harappans is linked to the decline of the Sumerians after Ram-Sin (1822-1763 BC). Rama’s death, not the so-called invasion of Aryans or floods, may have signalled the decline of both the Indus and Sumerian civilizations.

Email ThisBlogThis!Share to TwitterShare to FacebookShare to Pinterest
Labels: ram in iraq