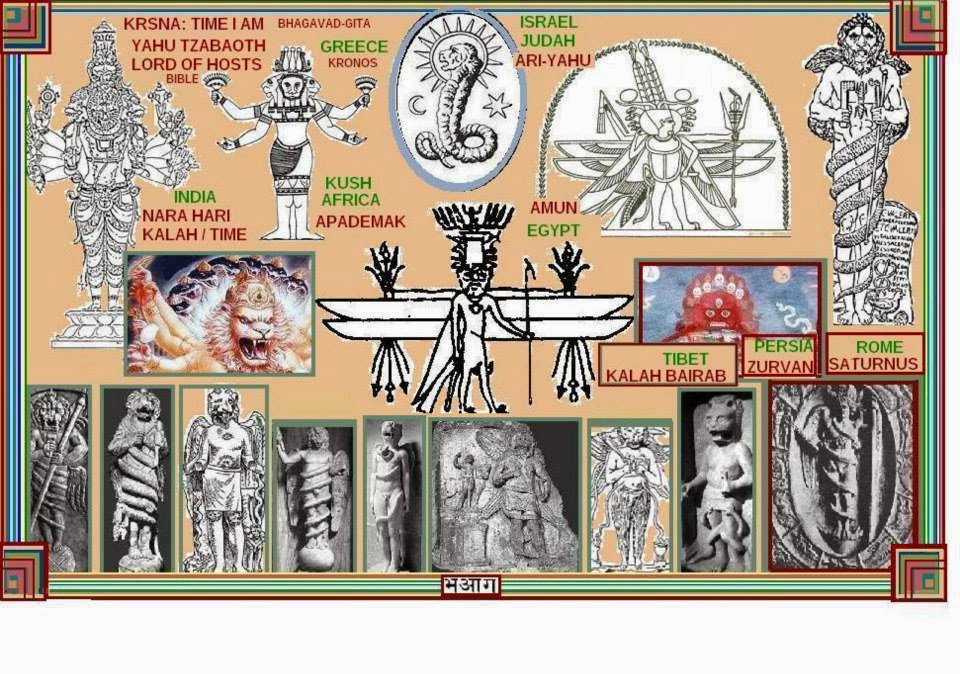 Extraordinary Proof ! All humans once were HINDUS. Every one including Non Hindus and Non Indian Must read it _/\_
------------ From Bhakti Ananda Goswami:

Several Devotees have asked me what God this is about, or WHO is the God that this Montage is about. Here is my answer...

The interdisciplinary evidence proves that ALL of ancient humanity once worshiped the SAME Original Supreme Personality of Godhead. Africans, Europeans, the Slavic Nations, the Semites (of the Biblic...al Tradition), the peoples of the Middle East, India, the Orient, Southeast Asia, Oceana and the Western Hemisphere All once worshiped the same One True God.

These are the things West calls it has Alien Gods. But they are no one but Ancient Hindus . Do u think These highly qualified Scientists have noclue about it ? BIZARE and Shameless Way of faking Human History. Every one has the right to know who they are , And wr they are from ! As i always said ,History can be faked and Hidden But History can not be changed . This is the reason many religions wr found and lost But Hindusim Still goes strong . Its just matter of time White,Black Brown Asians Join hands as Hindus for a Good old Peaceful ancient Days . Live has a One Community in search of Divinity and Peace .
VIEW RELATED BLOGS      JOIN ME IN FACEBOOK
Posted by Decoding Hinduism Pradeep Singh at 9:31:00 AM