Men were in earth for millions of years, not 6000 as per Bible/Quran

Human beings are not 6000 yrs old as per bible and quran- Archaeologists in China have found two million-year-old stone toys.


Excavation at basin in Hebei province, China, brought new eyeopener discovery-- a two-million-year-old ‘playground’ of ancient hominids complete with stone artifacts carved by women and children, and toys.
The discovery was made at the Heigugou site in the Nihewan basin, the site of some of the earliest Paleolithic remains in East Asia. The basin used to be an enormous lake, which provided an ideal habitat for early hominids.
Nihewan was first discovered in 1921 and has already produced significant archaeological findings including a dining area where hunters ate their kills, ancient animal fossils and stone tools dating back an incredible 2 million years. The well-preserved nature of the tools suggests they were buried by a sudden event, like a landslide, preventing further damage by wind and water erosion. 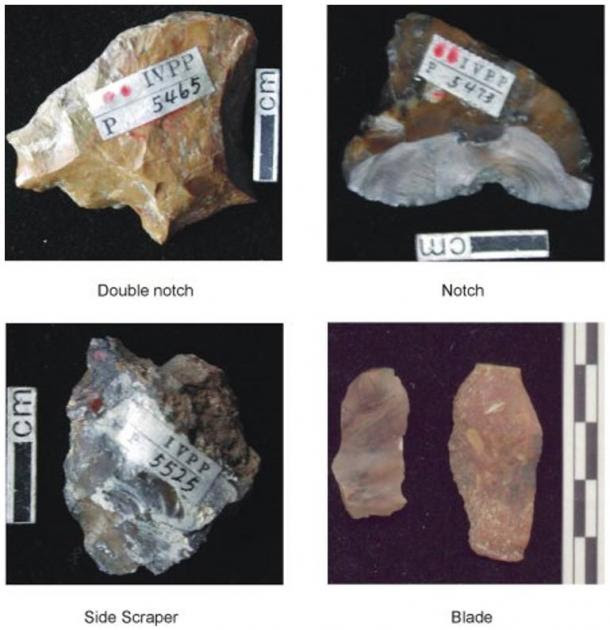 South China Morning Post reports that archaeologists found more than 700 stone artifacts and 20,000 fragmented pieces dating to between 1.77 and 1.95 million years old in an area less than six square meters. An examination of the artifacts suggests that they were too small to have been made by males. More than 80 per cent of them ranged from 20 – 50 mm in length, which researchers believe points to the fact that they were carved by women and children. One artifact in particular seems to be a toy made by a mother for her child
“This is an amazing discovery,” said professor Wei Qi, paleoanthropologist with the Chinese Academy of Sciences and lead scientist of the project at the Heitugou site in Nihewan basin. “The site is a treasure chamber that may hold some useful clues to answer a lot of important questions, from the social structure of the early hominids to whether, when and how they arrived in Asia all the way from Africa.”
MORE
MORE

Email ThisBlogThis!Share to TwitterShare to FacebookShare to Pinterest
Labels: EVOLUTION, ORIGIN OF MEN