The Sacred Temples of the Hoysala

Temples of the Hoysala

The Hoysala Empire was a Southern mighty Indian empire that ruled from 10th and 14th centuries A.D. Belur was initial capital of the Hoysala Empire later moved to Halebidu.
During the reign, the Hoysalas built over 1500 temples throughout their empire. Today, however, only a little over a hundred of these monuments survive.Hoysalas promoted  tolerance, with Shaivite, Vaishnavite, Jainism .They were meant to be expressions of spiritual purpose and vehicles of spiritual practice and attainment. 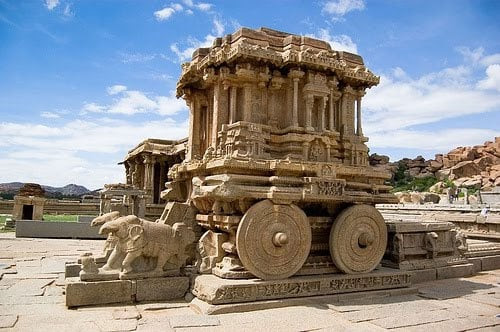 Stone Chariot at Vittala Temple displays the magnificence of the Hoysala architecture. Photo source.
Hoysala temples were built on platforms and had a star-shaped plan ,hybrid of the nagara style from northern India and the Dravidian style The intricate decorations  cover the exterior walls  include depictions of deities, dance and music, hunting, the daily life of the peoples, and scenes from three of Hinduism’s greatest literary works – the Ramayana, Mahabharata, and the Bhagavatham. 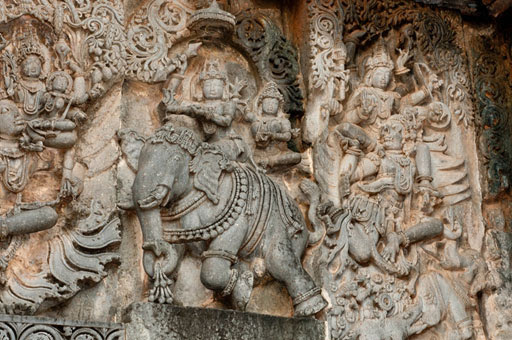 A section from the world famous hoysala architecture in India. Source: BigStockPhoto

At the first capital of the Hoysalas, Belur is the Chennakeshava Temple Complex. This is situated at the centre of the old walled town on the banks of the Yagachi River. It was dedicated to the god Vishnu, and Shiva. There are  118 stone inscriptions covering the period from A.D. 1117 to the 18th century have been found there. These inscriptions provide us with fascinating details about the artists who were employed, grants made to the temple, and the renovations that were done. 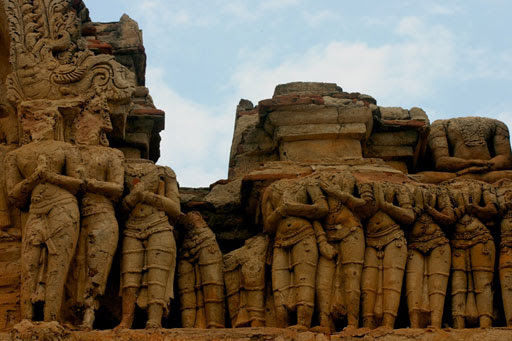 Carvings of worshippers lined up along a wall at Hampi. Source: BigStockPhoto
Belur city was attacked numerous times,finally succeeded in sacking the capital in A.D. 1310. This resulted in the destruction of the main temple in the centre of the city as well as numerous other smaller temples, shrines and palace buildings. One of these remaining temples is the Hoysaleshwara Temple. This temple was built in A.D. 1121 during the reign of King Vishnuvardhana Hoysalas, and was dedicated to Shiva. While it was the kings who usually sponsored the grandest temples in Southern India, this one was dedicated by the wealthy citizens and merchants of Halebidu. 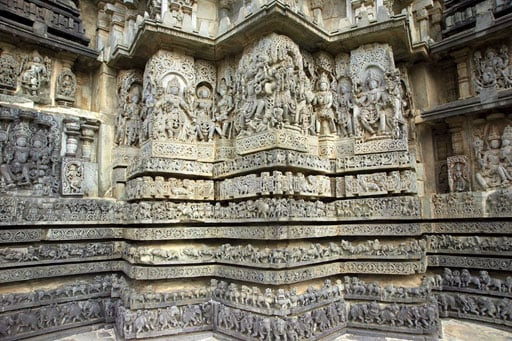 Posted by Decoding Hinduism Pradeep Singh at 11:58:00 AM

Email ThisBlogThis!Share to TwitterShare to FacebookShare to Pinterest
Labels: temple of karnatka, TEMPLES, The Sacred Temples of the Hoysala