Americas -The Patala Of Hinduism Mayas .Connection of South America and Vedic India

by Gene D. Matlock
India's Conquest of the Americas.
Kanchi Periyavar mentions this fact in the Book Deivathin Kural in Tamil( Free download of the Book is available in this site),with astonishing evidence from the Vedic Texts.
The Mayan civilization as well as the Egyptian Civilizations often intrigued me.

Their method of worship of the Sun, the reverence for the Dead and some cultural practices are very close to Hinduism.
Now on to this information in the article.

The World as described in the Purans 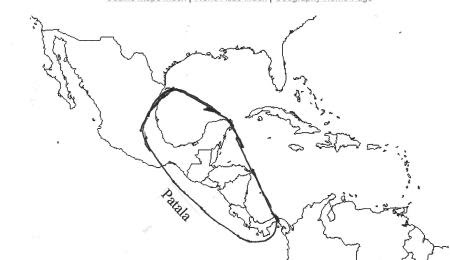 “The Vedas tell a number of valid facts about ancient America . They call Mexico and Central America Patala. In Sanskrit, Patala means ‘one of the seven regions under the earth and the abode of serpents’ According to the myths, an eagle named Garuda transported thousands of ancient mariners, called snakes (Nagas, there in its beak. Although I feel they came here in ocean-going ships, the implication is clear that they could have flown here as well. The legends of the O’odhams of Arizona describe such a sky-born ship. They call it Nah-Big, a term definitely derived from the Sanskrit Nag-Bhaga or Snake God. One cannot help but become impressed when he reads the O’odham stories of the Nah-Big. It is clear that it was some kind of flying ship. The O’odhams even speak of it as being propelled by an energy generator having positive (male) and (female) female poles…
In the Mayan-derived dialects along Mexico’s northern east coast down to and including the Central America republics, Patal means ‘abandoned or deserted land; without people.’
Naga-like derivatives also exist in Mexico . In Sanskrit, Nag-asta means Western Naga Land . The Mayan lowlands down to and including Costa Rica are called Nacaste.
According to Hindu legends, a naga could turn into a human being. In Mexico, a nagual was a were-animal. Nagual derived from the Sanskrit Nag-Baal, meaning Snake Demon. 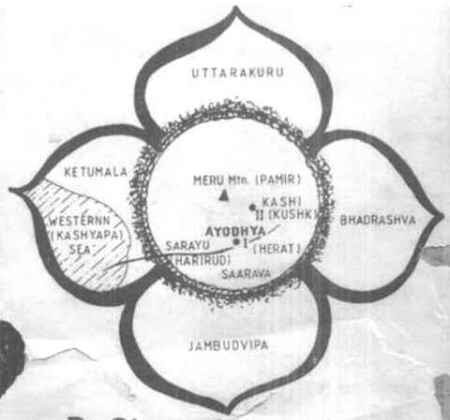 The Hindu Naga Mayas also belonged to a powerful Dravidian group of Nagas called Asuras. Whether or not the Asuras were demi-gods or demons depended on one’s point of view. The leader of these Naga Asuras was the Hindu (really a Bulgarian) god of precious metals, wealth, traders and even agriculturists (really a group) named Kubera or Khyber (Kheever). For Christians and Jews he was Heber. This Kubera, Khyber, or Heber was leader of a horde called Yakshas or Yakhas (Biblical Joktan?). They were reputed to be both superior mentally and materially. Their servants were called Guhyakhas (Yakha shit). Today, in Judaism, which evolved from the Kubera teachings, the term has changed to Goy, but the meaning has never changed. The Kubera hordes, composed of Yakshas or Yakhas and their Guyakha underclass captured most of India’s undesirables, the unredeemably savage and cannibilistic Rakshasas, exiling them to Ceylon or Lanka. Later, they exiled them to Patala, supposedly in air ships.
The Mayas had their own nation in Lanka, also named Maya, with a sub-group called Laks (Mexico’s Lacandones). It is a strange anomaly that Rama, Lenka (Lanka), and Lacandon Mayan peoples exist in Meso-America, including the inhabitants of Yucatan (Yakhustan; Joktan?)…
In India, many Hindus love to mention them as a superior race of people who came to them from Uttara Kuru ( Siberia and the North Pole). Yet, the Kurus (Ari) and Ramas were just the Indian people themselves who once inhabited the whole of the Eastern Hemisphere — Kurus the north, and Ramas, the Indian sub continent itself. In the mythologies of all the world, the Kurus (Turks) and the Hindus (Ramas) are the Holy Twins. Although both groups were partners (twins) in international trading, the Kurus (Turks) provided the shipping and the Ramas their services as warrior traders. The Ramas were ferocious warriors, just as they were described in the Mahabharata.

It just so happens that the Carib (Cariva) Indians of the Caribbean islands claimed that their creator gods were the Kuru Rumani. The Mexicans will tell you that the state of Veracruz derives its name from Ver a Cruz (Seeing at a Cross), but such a name is preposterous for a variety of reasons. The people of Vera Cruz are really descendants of Carib Indians, called Vira–Kurus (Hero Kurus). Emperor Moctezuma of Mexico himself told the Spaniards that the Mexican royal family descended from a ruling eastern caste called Colhua, the only way the Aztecs could pronounce Kaurava.

The Hindus of antiquity had an ancient astro-geographical map with four lotus petals pointing in the cardinal directions, called Mt. Meru (the world mountain). The point of the left petal fell on a seaport called Ketumala or Chetumala. Both pronunciations were used. The lower center petal was Jambudvipa (subcontinent India ).”

More at:
Chetumal is even now a safe port in what is presently Belize, Central America. (See the illustrations below). The name of this port of Chetumal has never changed in all these thousands of years. According to the available evidence,  the Chetumala depicted on the point of the left petal of the Mt. Meru drawing. But the skeptics and so-called 'historians and mytholigists' who are dead set against India knowing the truth about herself, for foolish reasons only they can know, insisted that the Central American Chetumal was just a coincidence. 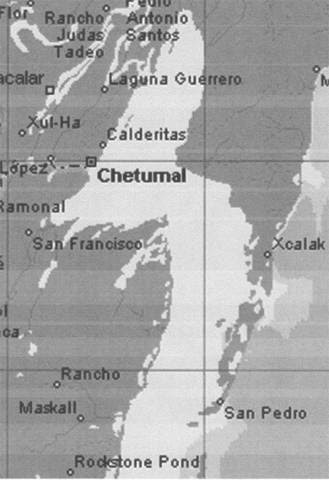 You will notice that just to the left of the Chetumal petal there is a body of water called the Kashyapa Sea . A meaning of Kashyapa is 'sea turtle; tortoise.' We now call the Kashyapa Sea the Caribbean Sea . It is commonly known that more sea turtles of different species inhabit Meso--America and Eastern Central America than any other place in the world. One species in the region, the Hawksbill, has always been hunted for its beautiful shell which, for thousands of years, has been used to make fine ornaments. In ancient days, there were uncountable millions of Hawksbills in the Caribbean Sea . Because of centuries of feverish and constant harvesting, the Hawksville population has shrunk to an estimated 22,000 nesting females. Belize itself is a composite Sanskrit word Bala= Facing the East; The Rising Sun. Isha or Isa = God Shiva. Belize indeed faces the east.
But not even this is enough proof for those wanting to keep India hidden under the rug. So now it's time to reveal something that no rug can ever hide. Chetumala or Ketumala is not the official name of the left petal. It is the official name of the harbor itself. The full territory was called Aparagoyana or just Goyana ( Guyana )! Apara=Western; being in the west of; a bad shore. Guh=concealed; hide; keep secret; a hiding place; filth; etc. Yana=journey; going; moving; riding; a vehicle of any kind; ship, etc. (See ancient Geography of Ayodhya, by Dr. Shyam Narain Pande; p. 8, plus 87 other references listed in the Internet.)
Aparagoyana ( Guyana ) clearly tells us that the Guhyakas and the Rakshasas were being exiled to Guyana because the civilized world was ashamed of them. Today, the name Guyana has shrunk to just the top right half of South America, but a sizable portion of the territory still retains enough of the ancient name of the left petal to let us know that the total region was in no way named Ketu Mal but Apara-Guyana. On the map itself, you will see Guyana as the first nation. The second nation's name has been changed to Suriname, which is also derived from Sanskrit. Suri is a name of God Krishna. Nama=Named. The third one at the right is French Guiana or French Guyana.

It is a fascinating anomaly about these nations that the majority population is of East Indian descent. People of African descent come next. After that, mixed races, European (mostly Portuguese) and Chinese.

So that seafarers could know for sure when they were following the trade winds correctly to Central America, the old Hindu legends gave extremely exact information to let them know they were sailing between the Tropics of Cancer and Capricorn. According to any of the 87 descriptions of Apara-Goyana or Guyana you can find in the websites describing it, 'When the sun rises in JambudvÃ­pa, it is the middle watch of the night in Aparagoyana; sunset in Aparagoyana is midnight in JambudÃ­pa, and sunrise is noon in JambudÃ­pa, sunset in Pubbavideha and midnight in Uttara Kuru.' How can any astro-geographical description be more accurate than that?
So now, my Hindu friends, you have this part of your history back. And the orthodox historian villains are growling, 'Curses, foiled again.!' It's not so preposterous as Kubera 'spending ten thousand years with his head below water,' either. It is one hundred percent fact. No skeptic or religio-cultural enemy of India can ever twist this truth to mean something it is not. The truth of Idia's dominance and colonization of the ancient Americas is nakedly exposed to the whole world. If you don't take the initiative and start rewriting your history books right now, you have no one but yourselves to blame when the self-worshiping 'rational' academics try to cannibalize you!
Original Article
Posted by Decoding Hinduism Pradeep Singh at 7:50:00 AM

Email ThisBlogThis!Share to TwitterShare to FacebookShare to Pinterest
Labels: HINDUISM, hinduism in south america, mayan and hinduism, MAYAN AND HINDUS