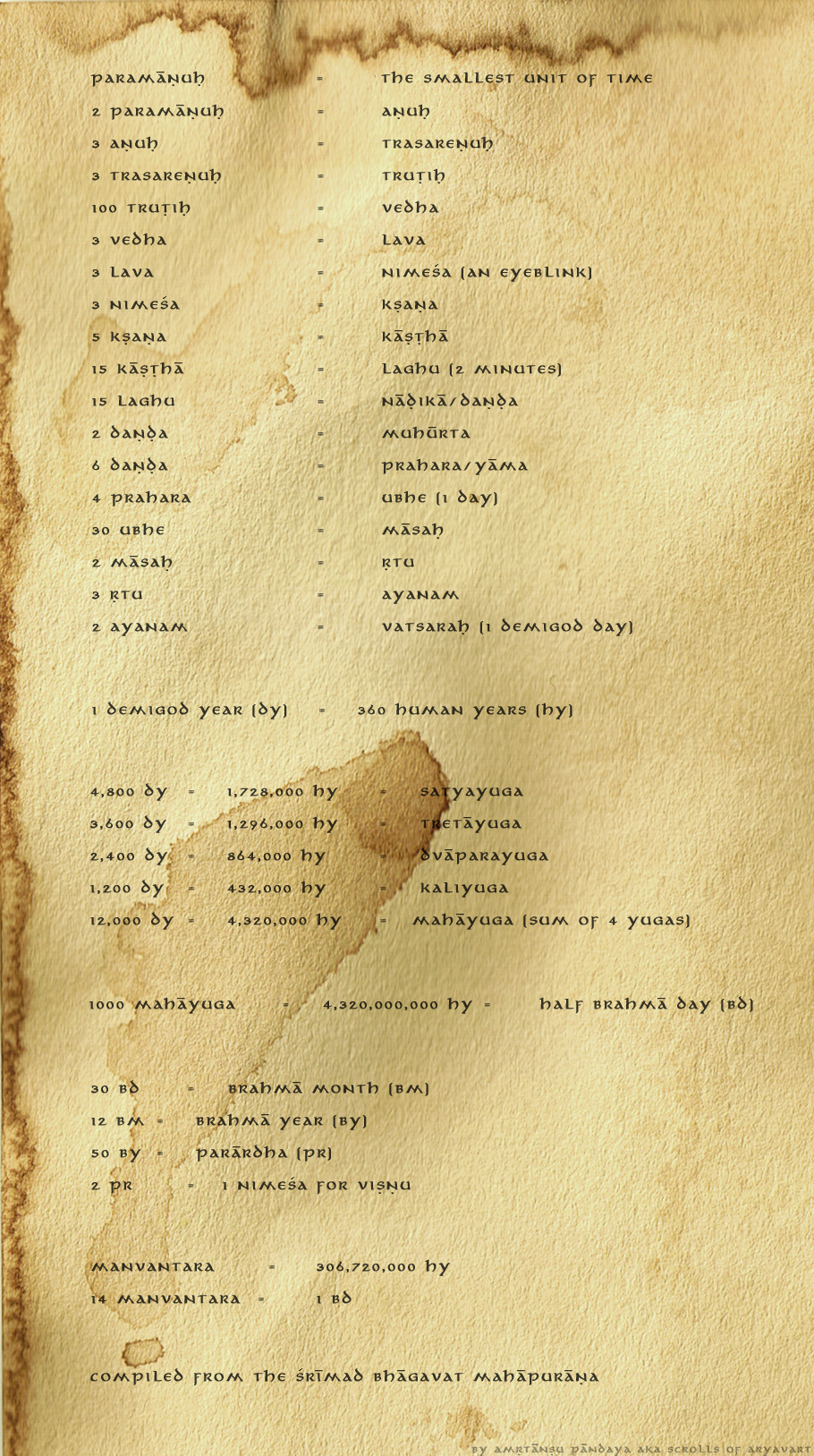 The reason for this situation is the assumption that Time is Linear.

Time flows in one direction that is forward.
What if Time is Cyclic?

That is, it flows around and depending on where you are.

Time moves both forwards and backwards .

Time is a stream; so is Space. Per se they are Absolute.

They are Relative to the observer.

To put it in simpler words ,things exist in Space and Time at all times irrespective of your positioning and what we say to day has happened ,is right now happening at another level for an observer positioned to observe it.

For them, our Universe is Past.

Similarly for another observer, what we see as future, may be Present.

The universe is dissolved at the end of each day.

Creation begins the next day.

At Night there shall be withdrawn.Next Day starts.)

That is 0 .53 light years. This is for Universe of Matter of one fourteenth of the Universe of matter (14 Lokaas). Matter occupies only 0.1% of entire Universe. Balance of 99.9 % of Universe consists of Anti matter (named now as dark Energy).
The Universe of Antimatter has corresponding Time scale .It contains anti matter.

At the time of Final Dissolution, matter and antimatter collide and Entire Universe becomes dormant to become dynamic again. Matter and Antimatter forming the Universe is said to be contained in the SriChakra of Devi.

The Gods mentioned so far are nominees assigned for a specific purpose and they undergo evolution and dissolution.

The individual Gods are embodiments of Principles of Creation, Sustenance and Dissolution.

They are Principles and are given Name and Form to help one to realize the Ultimate Reality.
This Cycle is for fourteen known levels of existence and all of them exist simultaneously.

That means all activities happen simultaneously.

That is to say, Ramayana happened somewhere and is also happening and will happen in future. (With reference to us).
We can see Time is Nonlinear and is Cyclic.

Email ThisBlogThis!Share to TwitterShare to FacebookShare to Pinterest
Labels: Wheel of Time.