The Secrets of Gravitation! in ancient india 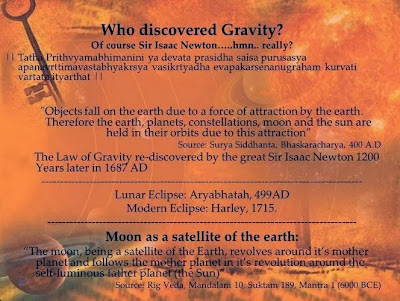 The Secrets of Gravitation! in ancient india

The Indian Emperor Ashoka started a "Secret Society of the Nine Unknown Men": great Indian scientists who were supposed to catalogue the many sciences. Ashoka kept their work secret because he was afraid that the advanced science catalogued by these men, culled from ancient Indian sources, would be used for the evil purpose of war, which Ashoka was strongly against, having been converted to Buddhism after defeating a rival army in a bloody battle.

The "Nine Unknown Men" wrote a total of nine books, presumably one each. Book number was "The Secrets of Gravitation!" This book, known to historians, but not actually seen by them dealt chiefly with "gravity control." It is presumably still around somewhere, kept in a secret library in India, Tibet or elsewhere (perhaps even in North America somewhere). One can certainly understand Ashoka's reasoning for wanting to keep such knowledge a secret, assuming it exists. if the Nazis had such weapons at their disposal during World War Ii. Ashoka was also aware devastating wars using such advanced vehicles and other "futuristic weapons" that had destroyed the ancient Indian "Rama Empire" several thousand years before.


Their method of propulsion, she said, was "anti-gravitational" and was based upon a system analogous to that of "laghima," the unknown power of the ego existing in man's physiological makeup, "a centrifugal force strong enough to counteract all gravitational pull." According to Hindu Yogis, it is this "laghima" which enables a person to levitate.

Dr. Reyna said that on board these machines, which were called "Astras" by the text, the ancient Indians could have sent a detachment of men onto any planet, according to the document, which is thought to be thousands of years old. The manuscripts were also said to reveal the secret of "antima"; "the cap of invisibility" and "garima"; "how to become as heavy as a mountain of lead."

Naturally, Indian scientists did not take the texts very seriously, but then became more positive about the value of them when the Chinese announced that they were including certain parts of the data for study in their space program! This was one of the first instances of a government admitting to be researching anti-gravity.

The manuscripts did not say definitely that interplanetary travel was ever made but did mention, of all things, a planned trip to the Moon, though it is not clear whether this trip was actually carried out. However, one of the great Indian epics, the Ramayana, does have a highly detailed story in it of a trip to the moon in a Vimana (or "Astra"), and in fact details a battle on the moon with an "Asvin" (or Atlantean" airship. This is but a small bit of recent evidence of anti-gravity and aerospace technology used by Indians. To really understand the technology, we must go much further back in time.

The so-called "Rama Empire" of Northern India and Pakistan developed at least fifteen thousand years ago on the Indian sub-continent and was a nation of many large, sophisticated cities, many of which are still to be found in the deserts of Pakistan, northern, and western India. Rama existed, apparently, parallel to the Atlantean civilization in the mid-Atlantic Ocean, and was ruled by "enlightened Priest-Kings" who governed the cities, The seven greatest capital cities of Rama were known in classical Hindu texts as "The Seven Rishi Cities."

According to ancient Indian texts, the people had flying machines which were called "Vimanas." The ancient Indian epic describes a Vimana as a double-deck, circular aircraft with portholes and a dome, much as we would imagine a flying saucer.

It flew with the "speed of the wind" and gave forth a "melodious sound." There were at least four different types of Vimanas; some saucer shaped, others like long cylinders ("cigar shaped airships"). The ancient Indian texts on Vimanas are so numerous, it would take volumes to relate what they had to say. The ancient Indians, who manufactured these ships themselves, wrote entire flight manuals on the control of the various types of Vimanas, many of which are still in existence, and some have even been translated into English.

The Samara Sutradhara is a scientific treatise dealing with every possible angle of air travel in a Vimana. There are 230 stanzas dealing with the construction, take-off, cruising for thousand of miles, normal and forced landings, and even possible collisions with birds. In 1875, the Vaimanika Sastra, a fourth century B.C. text written by Bharadvajy the Wise, using even older texts as his source, was rediscovered in a temple in India. It dealt with the operation of Vimanas and included information on the steering, precautions for long flights, protection of the airships from storms and lightening and how to switch the drive to "solar energy" from a free energy source which sounds like "anti-gravity."

The Vaimanika Sastra (or Vymaanika-Shaastra) has eight chapters with diagrams, describing three types of aircraft, including apparatuses that could neither catch on fire nor break. It also mentions 31 essential parts of these vehicles and 16 materials from which they are constructed, which absorb light and heat; for which reason they were considered suitable for the construction of Vimanas. This document has been translated into English and is available by writing the publisher: VYMAANIDASHAASTRA AERONAUTICS by Maharishi Bharadwaaja, translated into English and edited, printed and published by Mr. G. R. Josyer, Mysore, India, 1979 (sorry, no street address). Mr. Josyer is the director of the International Academy of Sanskrit Investigation located in Mysore. 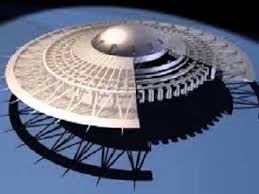 There seems to be no doubt that Vimanas were powered by some sort of "anti-gravity." Vimanas took off vertically, and were capable of hovering in the sky, like a modern helicopter or dirigible. Bharadvajy the Wise refers to no less than 70 authorities and 10 experts of air travel in antiquity. These sources are now lost.

Vimanas were kept in a Vimana Griha, a kind of hanger, and were sometimes said to be propelled by a yellowish-white liquid, and sometimes by some sort of mercury compound, though writers seem confused in this matter. It is most likely that the later writers on Vimanas, wrote as observers and from earlier texts, and were understandably confused on the principle of their propulsion. The "yellowish-white liquid" sounds suspiciously like gasoline, and perhaps Vimanas had a number of different propulsion sources, including combustion engines and even "pulse-jet" engines. It is interesting to note, that the Nazis developed the first practical pulse-jet engines for their V-8 rocket "buzz bombs." Hitler and the Nazi staff were exceptionally interested in ancient India and Tibet and sent expeditions to both these places yearly, starting in the 30's, in order to gather esoteric evidence that they did so, and perhaps it was from these people that the Nazis gained some of their scientific information!

According to the Dronaparva, part of the Mahabarata, and the Ramayana, one Vimana described was shaped like a sphere and born along at great speed on a mighty wind generated by mercury. It moved like a UFO, going up, down, backwards and forewards as the pilot desired. In another Indian source, the Samar, Vimanas were "iron machines, well-knit and smooth, with a charge of mercury that shot out of the back in the form of a roaring flame." Another work called the Samaranganasutradhara describes how the vehicles were constructed. It is possible that mercury did have something to do with the propulsion, or more possibly, with the guidance system. Curiously, Soviet scientists have discovered what they call "age-old instruments used in navigating cosmic vehicles" in caves in Turkestan and the Gobi Desert. The "devices" are hemispherical objects of glass or porcelain, ending in a cone with a drop of mercury inside.

It is evident that ancient Indians flew around in these vehicles, all over Asia, to Atlantis presumably; and even, apparently, to South America. Writing found at Mohenjodaro in Pakistan (presumed to be one of the "Seven Rishi Cities of the Rama Empire") and still undeciphered, has also been found in one other place in the world: Easter Island! Writing on Easter Island, called Rongo-Rongo writing, is also undeciphered, and is uncannily similar to the Mohenjodaro script. Was Easter Island an air base for the Rama Empire's Vimana route? (At the Mohenjo-Daro Vimana-drome, as the passenger walks down the concourse, he hears the sweet, melodic sound of the announcer over the loudspeaker,

"Rama Airways flight number seven for Bali, Easter Island, Nazca, and Atlantis is now ready for boarding. Passengers please proceed to gate number..") in Tibet, no small distance, and speaks of the "fiery chariot" thusly: "Bhima flew along in his car, resplendent as the sun and loud as thunder... The flying chariot shone like a flame in the night sky of summer ... it swept by like a comet... It was as if two suns were shining. Then the chariot rose up and all the heaven brightened."

In the Mahavira of Bhavabhuti, a Jain text of the eighth century culled from older texts and traditions, we read: "An aerial chariot, the Pushpaka, conveys many people to the capital of Ayodhya.

The sky is full of stupendous flying-machines, dark as night, but picked out by lights with a yellowish glare-"

The Vedas, ancient Hindu poems, thought to be the oldest of all the Indian texts, describe Vimanas of various shapes and sizes: the "ahnihotra-vimana" with two engines, the "elephant-vimana" with more engines, and other types named after the kingfisher, ibis and other animals.
Posted by Decoding Hinduism Pradeep Singh at 2:17:00 PM

Email ThisBlogThis!Share to TwitterShare to FacebookShare to Pinterest
Labels: LAW OF GRAVITATION