Paper manufacturing and book printing marks the beginning of the knowledge revolution. The availability of paper allowed information and scientific knowledge to be written down and made accessible to a larger number of people, irrespective of caste or religion, that is, it cut across social barriers. In education, it permitted the shift from the oral tradition of cramming of text to studying the written text. It thus opened new ways of thinking and developing knowledge.The availability of paper during the period marked the beginning of writing and printing of a large number of books, commentaries, information about technical practices, including drawings and paintings, giving information on natural history, technical processes and the equipment used. The availability of these books enabled the establishment of a larger number of madarsas schools and colleges for the education of people. Their establishment made to teach the people methods and techniques to solve their day-to-day problems and to organize their life using this knowledge. 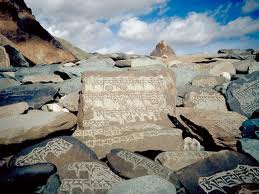 Here a moot question which requires some answer arises; if that were so, why did the medieval society in India limit the knowledge revolution only to paper manufacture and copying of manuscripts, rather than developing knowledge further by going over to the next stage of book printing, the technology of which was available ? This is of particular significance in view of the fact that China had used the Indian technology of block printing for this purpose.
It is all the more surprising as Buddhist priests in the seventh century used block printing to impose Buddha’s image on silk and paper. Why in India, while the first step in the knowledge revolution was taken, was the second not particularly when it had both the technology and the skilled manpower.


Established opinion holds that paper - specifically, Kurasani paper - was introduced to India in the eighth century by Arabs who had learnt the art from Chinese prisoners atSamarkand. Another view is of a Nepal-route between the seventh and ninth centuries.
The indigenous methods of paper manufacture in the states of Maharashtra and Bihar were noted by many in the centuries that followed. In the former state, a wooden block was fixed at the centre of an 8-foot diameter shallow well. Over several days, bark, hay, rags, tents and gunny bags were moistened or soaked as per requirement. These were then placed on the central wood and beaten to a pulp with a beater. This pulp was subsequently placed in limewater (chunamed) reservoirs with a little water, and gum of the babul tree was dissolved into the mixture. Bamboo moulds were inserted and the material that adhered was lifted out and dried to form paper.
In Bihar, the materials were beaten with a wooden instrument called a dhenki, and then bleached, using soda water. The total was washed, next, and the procedure repeated six times. After this, the pulp was placed in a water-containing cistern and well-stirred. An hour later, the material was cut up into sheets (of paper).

The Portuguese had brought a printing press, and had presented it to Jehangir, who did not show any interest either in the press or the clock which was also gifted. The answer perhaps lies in the social structure and culture of the period. The limited availability of books in manuscript form, and the time taken in copying them, automatically prevented the spread of education.
Book printing in China developed as a result of the policies of the Chinese emperors in creating a class of professional administrators, to take care of the day-to-day problems of administration. In the absence of this tradition, India was not able to develop a class of professional administrators, who went through a course of study and a rigorous examination, the passing of which was a prerequisite for appointment in the imperial service, and promotion to higher posts.
Further, the Islamic tradition of calligraphy, along with the conservative approach of Ulemas, must have come in the way of adoption of printing technology. It is well-known that they had strongly opposed the printing of Quran in the beginning. The result of tradition and conservative influences thus thwarted the knowledge revolution, by containing the spread of education to a limited section of people and had its adverse impact on the linkage of science to technology. Moreover, limiting of education of artisans and craftsman to theological knowledge must have also created a similar negative impact.

Posted by Decoding Hinduism Pradeep Singh at 5:01:00 AM